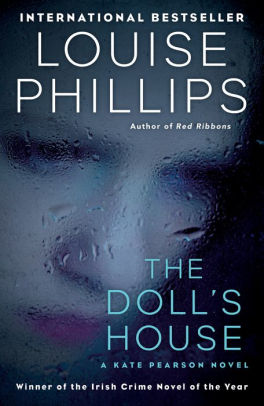 If you’re looking for an intricate, multilayered mystery, I suggest you pick up a copy of Louise Phillips’ The Doll’s House, winner of the Irish Crime Fiction Book of the Year Award. Told from several points of view (including the killer’s) this grim tale manages the formidable task of connecting a serial rapist with a serial killer—two different people with two different motives. Told mainly through the eyes of Dr. Kate Pearson, an Irish criminal profiler, we explore the lives of a Dublin family in which nearly everything seems to have gone wrong. Clodagh, a young mother, is seeing a hypnotist, hoping to fill in the gaps in her memory caused by the long-ago drowning death of her father. Her husband Martin deals with his financial anxieties by regularly beating her unconscious. Clodagh’s brother Dominick is suffering his own psychological troubles, but unlike Clodagh, he prefers burying them, rather than dealing with them. This messy family enters Kate’s life when the police ask her to profile a murderer who kills by non-fatally stabbing his victims, letting them suffer for a while, then drowning them. Once Kate is involved in the case, Clodagh’s family woes appears to grow worse. The Doll’s House isn’t an easy book to read for several reasons. The changes in point-of-view are complicated by changes in tense: for instance, the killer loves to have his own say, and so does memory-impaired Clodagh. But Kate’s chapters—remember, she’s the glue who ties this complicated story together—are written in the more distant third person. Given the fact that she’s the protagonist, this can be confusing. The book is also a difficult read because most of the male characters are thugs, and most of the women are infuriatingly passive (so passive that after a while I began to wish that Clodagh would just pick up an axe and behead her lout of a husband). Yet The Doll’s House remains an extraordinary book. The prose is elegant, and filled with insight. In one of the beginning chapters, a character, upon entering Neary’s Pub, muses, “If Neary’s had given out Oscars for insincerity, Stevie would have smiled himself to the front of the line.” And toward the end of the book, another character muses, “The past forms you. It can reach out like a giant claw and drag you back into it.”