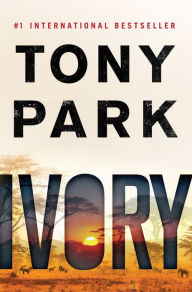 Ivory is the second thriller to be published in the United States from veteran Australian writer Tony Park. Set in Africa, with action spanning the Indian Ocean, Mozambique, and South Africa, it features Alex Tremain, a former member of the British Special Air Service, struggling hotelier, and highly skilled modern pirate.

Alex operates from his family’s now-dilapidated hotel on the Island of Dreams, a small island off the coast of Mozambique in the Indian Ocean. Alex has decided to refurbish the once-luxurious hotel owned by his parents, and turns to piracy for funds. When an opportunity for a big score arrives—a mysterious package, reportedly worth £1 million to be exchanged between a small decrepit Chinese vessel and a British container ship—he and his team make a play for it. The operation goes sideways and the package goes missing. Alex leaves with an alluring lawyer named Jane Humphries as a hostage, a mission to find the package, and information about another lucrative play. This time it’s a heist of four tons of elephant ivory set to be harvested from a sanctioned cull of South African elephants.

The elephant cull, or hunt, is described in disturbing detail, and acts as a foil for Alex’s darker aspirations. His desire for easy gain is overshadowed by his sympathy for the animals. Park’s cast is filled with the usual larger-than-life villains, including a sociopath mercenary named Piet Van Zyl, and a womanizing, borderline-psychopath businessman. There is also a developing love interest in Jane that is satisfyingly problematic (a love triangle). But what makes this thriller far from ordinary are the scenic descriptions of southern Africa, an impressively intricate plot with two or three sharp twists, heady action from the first to last page, and a likable, if roguish, protagonist. Ivory was so far from ordinary that it reminded this reader how good thrillers can be.