"The authorities were at their wit's end, nor had it taken them long to get there."
—Desmond MacCarthy (1877-1952), British writer 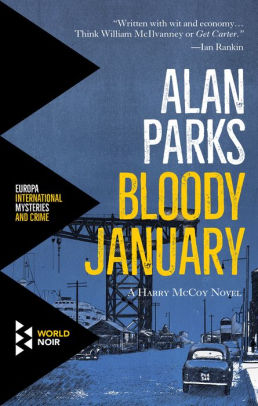 The debut novel from Alan Parks introduces readers to Harry McCoy, a police detective in 1973 Glasgow, Scotland. The story starts off with McCoy being tipped off by a convict about a murder set to happen the next day. Doubtful of the information, he eventually is compelled to track the potential victim. Arriving too late to stop the killing, he’s plunged into a case with implications that reach far beyond a single murder.

McCoy is no paragon of moral virtue. He drinks and drugs his way through life while maintaining a relationship of sorts with a junkie hooker and a local crime lord he’s known since childhood. He’s on thin ice at work with a boss who barely tolerates him and he is saddled with an inexperienced partner named Wattie.

When events in the case point in the direction of the Dunlops, the richest family in Glasgow, the stakes are raised. If absolute power corrupts absolutely, then the Dunlops illustrate that axiom to perfection. McCoy has tangled with them in the past—and lost.

As McCoy investigates the Dunlops, he’s warned off both verbally and later physically. With no idea whom to trust, he is forced to use all means at his disposal to find out the truth, tapping his sources on both sides of the law. Told over the course of 20 days, Bloody January never flags in pace. Bundled with a myriad of personal flaws, Harry McCoy is an immediately compelling new character. His quest for justice (and a little measure of revenge), despite the personal cost to himself, makes for an irresistible read.

Man Robs, Then Kills Himself