“He’s a businessman. I’ll make him an offer he can’t refuse.”
—Don Corleone, The Godfather, 1969, by Mario Puza 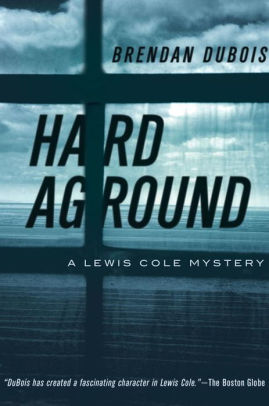 In the 11th book in the Lewis Cole mystery series, our hero, a former Department of Defense research analyst, finds himself housebound following a surgery that has left him with an extended recovery time, tubes draining fluid from his body, and a unique set of bedside aides: his girlfriend Paula Quinn, his police detective friend Diane Woods, and his criminal acquaintance Felix Tinios.

Tyler, New Hampshire, might not seem like a hot spot of criminal activity, but when a local antiques dealer is found murdered and her death is tied to the state’s growing opioid crisis, the case is in the spotlight. Local cops get pushed aside by glory-seeking politicians looking to score points with the public, but for Cole, who once interviewed the woman for a magazine article, finding out what happened is more important than who gets credit for solving the murder.

While puzzling out the murder from his home, Cole’s rest and recovery is interrupted by gang members who have the dubious distinction of being suspects in the murder, as well as having crossed paths with Felix in the past. The clash leaves both parties out for the other’s blood. If that wasn’t bad enough, Cole has to fend off a pair of pushy genealogists who accost him while repeatedly trying to gain access to his home (a historic beach house that was once party to a Navy scandal in the Korean War era) to do some research. There’s also Cole’s belief that someone is repeatedly breaking into his home, but he can’t prove it, which leads to some mild disbelief on the part of the local police force.

There are the claustrophobic echoes of Alfred Hitchcock’s Rear Window in the book’s narrative about a man trying to piece out a crime from afar. Lewis Cole is an interesting protagonist with a rich and somewhat tragic backstory, and when the story sticks to the main plot of trying to find out who killed the old woman, things work fine as events unfold and disparate threads weave together for a strong resolution. However, there is so much time spent on describing Cole’s medical care that it tends to undercut the story’s pace and drama, leaving sedated readers somewhat adrift.