Ink in Their Blood: the Ten Best Books About the Literary Life
Kristine Kathryn Rusch 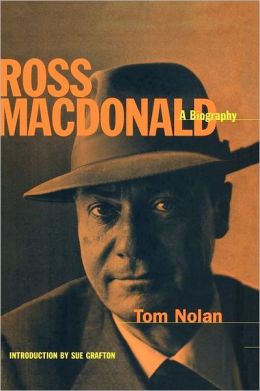 Part the First: THE RATIONALE

Consequently, there are hundreds of books about the literary life. Some of them are mediocre, some are good, and some are outstanding.

I spent the weeks I had to write this article culling my bookshelves, finding dozens of books I’d loved, even more that I’d never read, and a whole bunch that I couldn’t remember buying, let alone reading. I got overwhelmed by the amount of material and finally decided that I had to limit my criteria.

First, the books had to be interesting to the non-writer. That cleared a whole pile off my shelf. Most books are geared for the writer, and consequently the reader gets lost in the minutiae of the difference between the colon and semi-colon, and quickly gives up.

Second, the books had to be well written. By that, I mean the books need to be a compelling read—impossible to put down. More books cleared off the shelf.

Finally, the books had to take me somewhere new—or present a brand-new viewpoint. I’m a former editor, the former owner of a publishing house, and a full-time writer in several genres. I’ve been in and out of Hollywood, written comic books, and helped write games. In short, I’m very familiar with the literary life. I figured if the books could hold my attention, given all my familiarity, they could hold someone else’s.

One more thing before I get to the list: Even though I’m writing this article for Mystery Scene, I decided not to limit my selections to mystery writers. The literary life encompasses a wide variety of writers, and I thought I’d add a sampling. Besides, if you read the biography of any mystery writer, you’ll find dabbling in comics or television or movies or science fiction. Writers cross genres whether they mean to or not.

10. Man of Two Worlds: My Life in Science Fiction and Comics
by Julius Schwartz with Brian M. Thomsen (Harper Entertainment, 2000)

Actually, this book should be called Man of a Thousand Worlds since Julius Schwartz has had his fingers in everything from mysteries to movies. Julie (as his friends call him) isn’t a writer; he’s an editor who worked for D.C. Comics (among other employers) for decades. Before he worked for D.C., Julie was an agent for everyone from Ray Bradbury to Robert Bloch. Julius Schwartz has lived the literary life for more than 80 years, and he still shows up at his desk in the D.C. Comics building every week. If you want an overview of publishing and the literary life in the mid-20th century, this is the place to start. 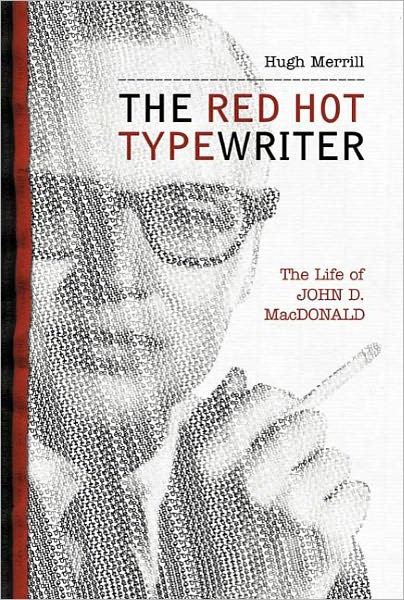 More on the literary life in the middle of the twentieth century. John D. MacDonald wasn’t just an interesting writer, he was also an interesting person. Merrill does a good job of showing the ups and downs of a writer’s life—and manages to give the reader a taste of what it’s like to make a living one short story at a time.

A brilliantly written, bitter, sad, and funny book about the publishing changes of the 1970s. Barry Malzberg was and is one of science fiction’s best writers (he also writes marvelous mystery and mainstream short stories), but his career hit a snag from which he never fully recovered. Sharp and irreverent, filled with amazing honesty, The Engines of the Night is a book anyone who thinks the literary life is glamorous should read.

John Gregory Dunne and his wife Joan Didion are both novelists and screenwriters, which is a rare combination. Usually writers begin as novelists and become screenwriters or vice versa. Dunne traces one screenplay on which he and Didion collaborated from pitch to finished product over a period of eight years. In the middle of his perceptive Hollywood analysis, he also manages to write a lot about the literary life—what it’s like to work on novels and movies simultaneously, how to survive a battle between a director and a famous actor over a script, and how to avoid cultural debacles such as the O.J. trial—without losing sight of the most important thing: the work itself. The literary life isn’t glamorous in this book either, but it has touches of glamour—meeting Robert Redford, flying to L.A. at the drop of a hat, tooling around Italy at someone else’s expense. A fun and dishy read. 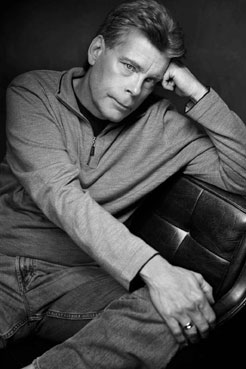 If I were making a list of the top ten books for writers, this book would be at the very top. It’s an essential read. King’s essays are always good (see another favorite, Danse Macabre, if you don’t believe me), but the essays in here are superb. The opening section, about King’s life and background, is worth the cover price. The middle, in which he discusses his famous accident and the aftermath, is some of the best writing I’ve read in decades. The final section, on writing, is great reading for the writer, but I suspect it might go slowly for someone who has no interest in writing at all. So this fine book moves to number six on the literary life list because there’s a how-to section in the back.

This nearly forgotten book is an accumulation of essays and letters compiled shortly after Fitzgerald’s death in 1941. The Jazz Age, which he had named, ended badly for him: His wife Zelda was in a mental institution, Fitzgerald had become a broke single father, a failure in the eyes of the world, and he had “sold out” to Hollywood. He’d also had a serious breakdown—a collapse—which he analyzed with honesty and a surprising lack of bitterness. Each essay is a gem, particularly “Early Success”—an examination of the pleasures and pitfalls of becoming famous young, and “My Lost City,” a love letter to the New York of the 1920s. If you read this book in tandem with Ernest Hemingway’s A Moveable Feast, you get not just the glories of the lost generation but their agonies as well. 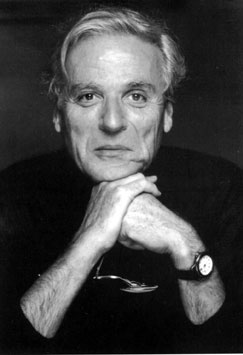 4. Adventures in the Screen Trade: A Personal View of Hollywood and Screenwriting
by William Goldman (Warner Books, 1983)

Actually, any of Goldman’s books on screenwriting and Hollywood are worth a reader’s time. Goldman has a delightful personal essay style, and his perspective alone makes the book worthwhile. But I chose Adventures in the Screen Trade because Goldman also discusses his novels here. I particularly love his anecdotes about writing Marathon Man in a tiny New York office with paper-thin walls, and his neighbor’s reaction to Goldman’s tendency to read aloud as he wrote. (Anyone who has seen the dental sequence in the film should have a hint of what I’m talking about.) Goldman gives examples of the literary life in both New York and Hollywood in the golden years of the 1960s and '70s. This one is a classic of literary life.

It may seem like I’m cheating listing two books together as #3, but I’m not. Rewrites ends with the death of Simon’s first wife, Joan, and The Play Goes On opens at the exact next moment, when Simon realizes he’s alone in the world. The two books are one long memoir. Of all the writers in this list, Simon takes the prize for honesty. These books are almost painful sometimes. However, only Simon and one other writer (yet to come on this list) actually lived the glamorous writer’s lifestyle, the one we readers imagine when we think about “famous” writers. Simon is such a writer (i.e. oblivious to all but his work) that he barely notices as he’s moving from the Golden Years of Television to the Broadway stage (and all its perils) to Hollywood and back to books. At one point, he marries a movie star, hangs out in the “in” crowd, and still remains untouched. What’s important to Simon are his family and his work, and all the rest merely happened. An amazing portrait of the literary life as all budding young writers imagine it.

If Neil Simon lived the glamorous literary life, Ross Macdonald lived the average successful writer’s life. He worked and worked and worked, and struggled for most of his career. When he finally had incredible success, he was so balanced that he wasn’t swayed by all the problems Fitzgerald lists in his early success essay. This biography is also fascinating for the parallel portrait it provides of Macdonald’s wife, writer Margaret Millar, and the way that two different writers (and writing careers) can come out of the same household. And of course, there’s tragedy here too, in the way that Macdonald’s troubles with his daughter managed to replicate scenarios he first thought up in his fiction. An understated, marvelous book about the way writers really live. 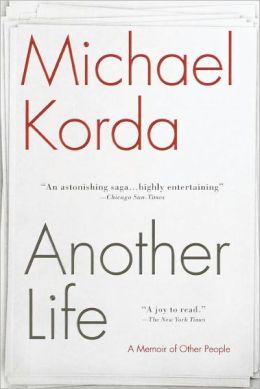 1. Another Life: A Memoir of Other People
by Michael Korda (Random House, 1999)

Michael Korda has done it all. He’s a famous editor and a famous writer. His books have become blockbuster movies. He grew up in a famous family (his uncle and father were well-known directors), so Michael traveled in the jet set before the phrase was coined. He preferred the world of books. Another Life explores the close-knit world of publishing from the mid-1950s, when Korda showed up in New York as a green, classically educated Brit who wanted a job that allowed him to read, to the late 1990s when the book was written. Along the way, Korda worked with Truman Capote, Jacqueline Susanne, Graham Greene, and countless others. Korda’s life is as literary as it gets. And his beautifully written book gives a personal yet enlightening history of the publishing industry over the past forty years.

In all my memoir reading, I have never come across another book like this, and I doubt there could be more than one. Korda is one of a kind. His book is funny, touching, and informative. What more could a reader want?

Part the Third: THE COP-OUT

This list, I’ve come to realize, is merely a snapshot of my interests in mid-2003. By mid-2005, I suspect I’ll have an entirely new list (with maybe one or two exceptions).

Because writers write about themselves. And in the end, this eclectic list will probably appeal mostly to me. But I hope I’ve managed to lead readers to books they’ve never heard of, literary lives they could vicariously enjoy.

I know I have—and that’s what makes these books the best.

For the moment, at least.

Kristine Kathryn Rusch (City of Ruins) is an award-winning mystery, romance, science fiction, and fantasy writer. She has written many novels under various names, including Kristine Grayson (Utterly Charming) for romance, and Kris Nelscott (A Dangerous Road) for mystery. Her novels have made the bestseller lists worldwide and have been published in 14 countries and 13 different languages.