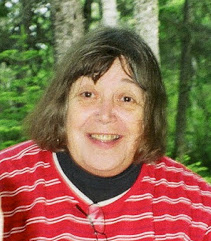 Early in the summer of 1976, I was a 13-year-old boy in a small Minnesota town, and I was about to do something I’d never done before.

Everyone was occupied. The kitchen was empty. I eased the door shut. And then I did it.

I picked up the telephone receiver and held it to my ear. Nothing but the dial tone. Good. This meant the line was clear—we were on a party line, and I often had to wait for Mrs. Maday to finish her call before I could make one of my own.

The phone was mine.

I dialed the ten digits of a New York City phone number.

It was a mind-boggling thing to do. The world was larger then. Distances were greater. Especially if you’d never been farther from home than Sioux Falls, South Dakota, a whopping 60 miles away. No one called New York City, much less went there.

But I had to make that call.

I waited, listening to the phone ringing in some unimaginable other place. Ghost voices danced in the distance between the heart of the country and its east coast.

Someone picked up at the other end of the line.

I cleared my throat, gathered my wits, and spoke.

A week before I made that call, I’d seen the latest Mystery Monthly on the magazine rack in Swanson’s supermarket. I bought it, took it home, and devoured it. Along with short stories and book and movie reviews, that issue featured an interview with Dilys Winn, founder and owner of the world’s first bookstore dedicated to mysteries. Punningly named Murder Ink, it was located on West 87th Street in Manhattan—Ellery Queen’s old neighborhood. Winn spoke about the impulse that led her into the book business. Unhappy with her job as an advertising copywriter, she was looking for a change. She’d been impressed by expatriate bookseller Sylvia Beach, founder of the original Shakespeare & Company in Paris, and Beach’s example offered a way out of Madison Avenue. “I’ll open a bookstore, and call it Murder Ink,” Winn said. “That was on a Wednesday. I found the store Thursday, and signed the lease Friday. I opened six weeks later.”

Murder Ink was a success, rapidly developing a clientele composed of mystery readers and writers, as well as policemen, clergymen, and psychiatrists. Winn eventually sold the store and left New York City. Murder Ink moved to a new location on Upper Broadway and closed in 2006, a victim of the plague that’s destroyed so many long-standing Manhattan businesses—death by rent increase.

But back then, brick-and-mortar bookstores and the publishing houses that filled them with the latest mysteries were alive and well. Murder Ink was open for business. If a customer asked for a recommendation, Winn was happy to oblige: Such Men Are Dangerous, attributed to Paul Kavanagh but really written by (as we know now) the one and only Lawrence Block; The Red Right Hand, Joel Townsley Roger’s cult classic; and anything by Dick Francis, “except the new one, which is sentimental.” Winn had strong opinions and didn’t mind sharing them. “I thought Murder on the Orient Express was one of the worst movies I ever saw. Same thing with Chinatown.”

It’s a good interview, but it wasn’t what set my pulse racing and had me making long-distance phone calls. It was the item that followed her interview, a notice for “The Mystery Reader’s Tour of Britain”:

The cost of the tour included:

The damage to one’s wallet? $880. A steal even by contemporary standards: $880 in 1976 has the buying power today of $3,700. That’ll barely get a tourist to London, much less keep that traveler there for 16 days—taxes, tips, and book-buying binges most definitely not included.

Heart in mouth, I said that I’d read about the tour of England she’d be leading, and told her how much I wanted to go. But there was a problem: my age. I was too young to go on my own. Would there be anyone on the trip who could keep an eye on me and thereby prevent my relatives from having nervous breakdowns while I was away?

Ms. Winn considered my dilemma. Yes, she said after reflection, there would be several ladies who could look after me on our journey through the United Kingdom. I’d be looked after. She’d see to that.

We talked a while longer, and she promised to send me further information about the trip. I could discuss things with my family and take it from there.

I thanked her and hung up, a jubilant, sweating mess.

My relief was immense. I’d be all right in England. The family wouldn’t have to worry. Now all I had do was to convince my elders to not only part with me but with $880. I could deal with that later. The important thing was—I’d called Murder Ink! In New York City! I’d spoken with Dilys Winn!

I told the family at dinner, thrilled to share my news. I was sure they’d be thrilled, too. But as I looked from face to face, all I saw were puzzled expressions that quickly shifted into consternation. Never mind, I said to myself. They just need some time to get used to the idea. They can see how badly I want to go to England.

England: Just the sound of the word was an elixir to me. England. The home of Agatha Christie. Scotland Yard. The Tower of London. The Mousetrap. Earl Grey tea and buttered crumpets. History and murder everywhere.

I waited for further information about the trip to arrive. I was sure that the postman would bring it any day.

To my great disappointment, I wasn’t a part of the Mystery Reader’s Tour, but I never forgot speaking with Dilys Winn, and the way she took me and my questions seriously. Her kindness meant everything to a mystery-obsessed boy who dreamed of Manhattan’s spires and England’s country houses.

Winn has long been recognized as a groundbreaking bookseller. She received a special Edgar Award in 1978 for her book Murder Ink: A Mystery Lover’s Companion, a delightful compendium of essays by and about some of the greatest figures then working in the field. And speaking of awards, there’s one named after her: The Dilys, which was created by the Independent Mystery Booksellers Association and is given each year to the book which IMBA members most enjoyed hand-selling.

Shortly after I joined the Mystery Writers of America in 2002, I sent out a message on the MWA listserv: “Does anyone know where Dilys Winn is?”

She responded quickly. I sent her a long email describing my youthful telephone call. “I remember you perfectly,” she wrote, and invited me to visit her if I ever got within hailing distance.

I haven’t met her yet.

Joseph Goodrich is an author and an Edgar-winning playwright. His adaptation of The Red Boxmarks Nero Wolfe’s stage debut. He lives in New York City.

Dilys Winn appeared on the TV game show To Tell the Truth in 1972, the year she opened Murder Ink. She couldn’t conceal her expertise, however, and three of the four celebrity panelists correctly identified her as the mystery bookstore owner.

Dilys Winn received a special Edgar Award from the Mystery Writers of America for her charming anthology Murder Ink: The Mystery Readers Companion (1977; revised ed., 1984). She followed that book up with Murderess Ink: The Better Half of the Mystery (1979).