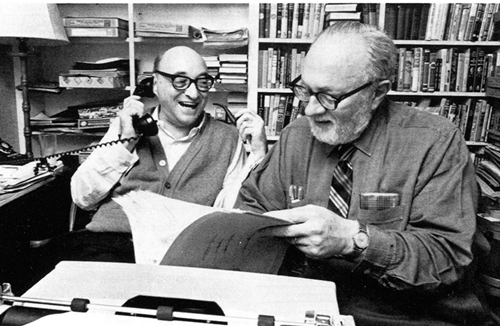 In 1929, while in their early twenties, cousins Frederic Dannay and Manfred Lee co-authored The Roman Hat Mystery, introducing Ellery Queen

Pictured left: Frederic Dannay and Manfred B. Lee in a photo from the 1960s.

In 1929, while in their early twenties, cousins Frederic Dannay and Manfred Lee co-authored their first novel, The Roman Hat Mystery, introducing novelist, amateur criminologist and future crime fiction icon Ellery Queen and his dad, NYPD Inspector Richard Queen. For four decades, with Dannay supplying the intricate plots and Lee fleshing them out, they produced over 30 novels and ten short story collections featuring their famous character, all written pseudonymously as by, who else? Ellery Queen. They also collaborated on two true crime collections and three critical works including the classic history of the detective short story, Queen’s Quorum. They edited countless collections, anthologies and two magazines, the little-known, short-lived Mystery League in 1933 and the internationally famous Ellery Queen’s Mystery Magazine, begun in 1941 (helmed by Dannay until his death) and still helping to keep short crime fiction viable. 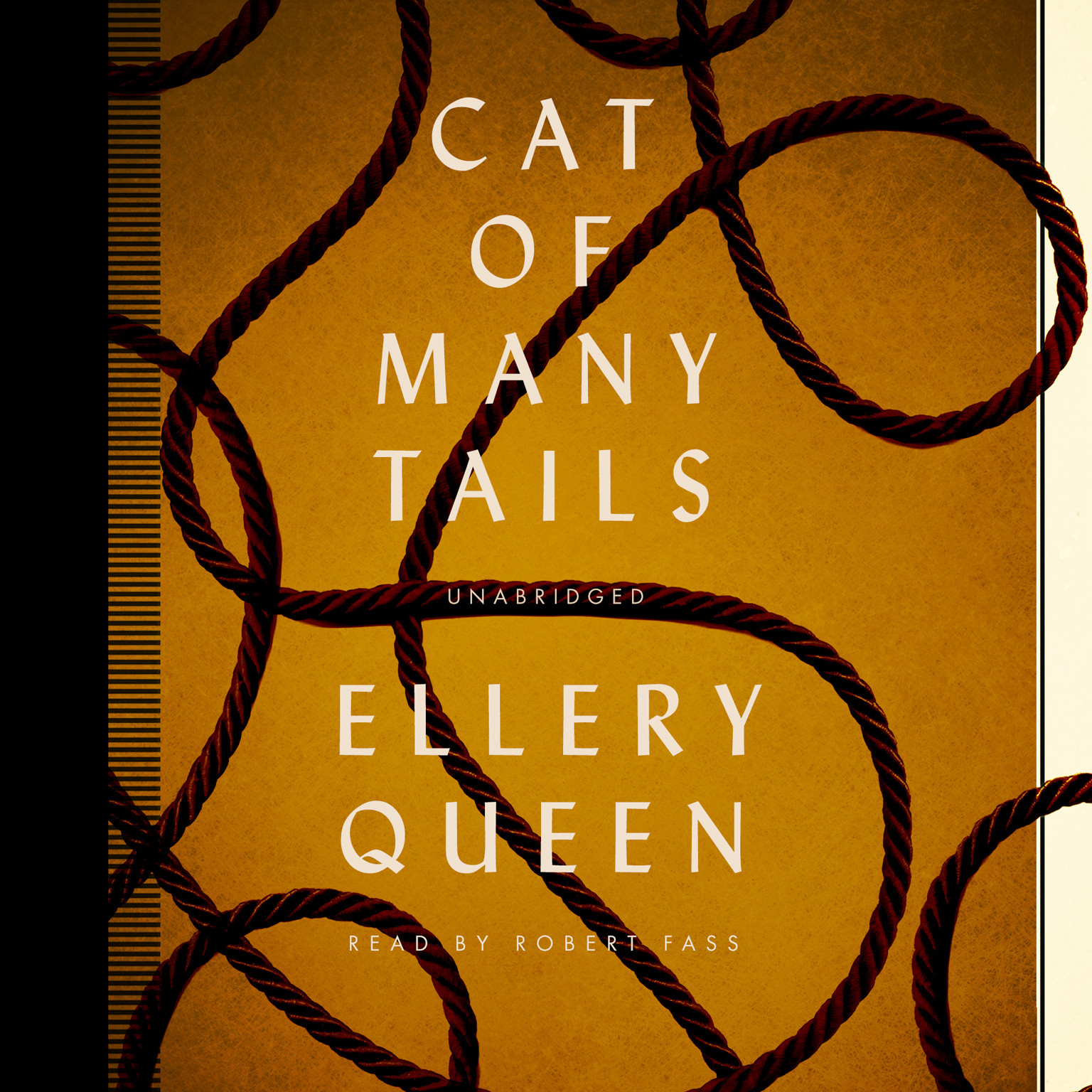 Many of the Queen novels and short story collections are available in audiobook CD or mp3 formats from Blackstone Audio or downloadable from Audible. My sampling recommendations: from the sleuth’s early years, The Greek Coffin Mystery (Blackstone, CDs, 13 hrs., unabridged, $24.95), a tale involving a coffin for two so complex the still-inexperienced Ellery makes a few wrong deductions before arriving at a truly jaw-dropping conclusion, all read by Mark Peckam’s rich timbre; and, from the sleuth’s later, less esoteric period, the novel many (myself included) consider the best of the series, a dark serial killer yarn, The Cat of Many Tails (Blackstone, 11.8 hrs., unabridged, $29.95), read with a surprisingly effective avuncularity by Robert Fass. Fass also reads The New Adventures of Ellery Queen (Blackstone, unabridged, $34.95), one of several available collections, that includes eight short stories and The Lamp of God, a novella famous for its outrageous puzzle – the overnight disappearance of a house . Which Ellery solves, of course.

Queen’s first multimedia leap from the page was the 1935 movie adaptation of that year’s The Spanish Cape Mystery (Republic Pictures, YouTube), in which Ellery is adequately portrayed by a droll Donald Cook, who, happily, eschews the pince-nez the sleuth wears in the early novels. The following year, The Chinese Orange Mystery (1934) was shabbily transformed into arguably the worst of Queen’s films, the Mandarin Mystery (Republic Pictures, YouTube). Cook’s replacement is Eddie Quillan, a short, cocky third-rate James Cagney, who, even had he Cagney’s talent and charisma, would have been spectacular miscasting. In 1940, Columbia Pictures put a bit more cash into the budget of Ellery Queen, Master Detective, a loose version of The Door Between (1937), with an acceptable Ralph Bellamy as Ellery. He appeared in three 1941 series entries – Ellery Queen and the Perfect Crime (suggested by The Devil to Pay), Ellery Queen and the Murder Ring and Ellery Queen and the Penthouse Mystery. When Bellamy departed, William Gargan stepped in for a final two films in 1942, A Close Call for Ellery Queen and Enemy Agents Meet Ellery Queen (YouTube). 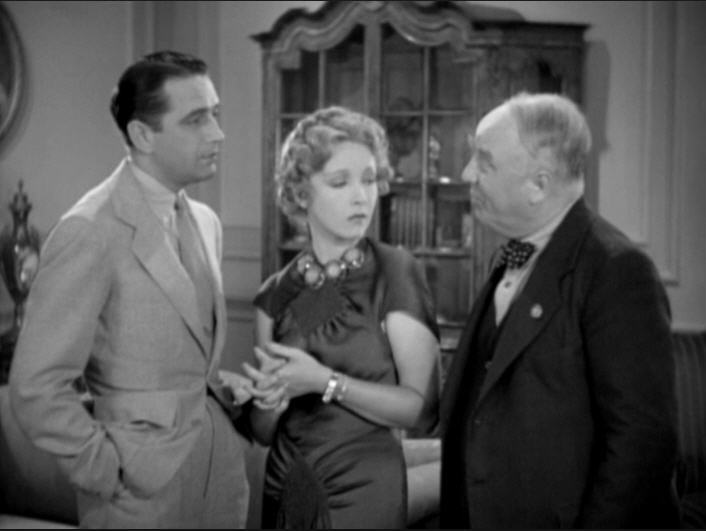 These six films feature actress Margaret Lindsay as Ellery’s secretary-assistant Nikki Porter, a character created for the Queen radio show that aired from 1939 to 1948. Over a dozen of these have survived and can be sampled via the Internet Archives Old Time Radio website. Several are adaptations of the detective’s short stories. All stop the action to give celebrity guests and listeners the opportunity to beat Ellery to the solution. 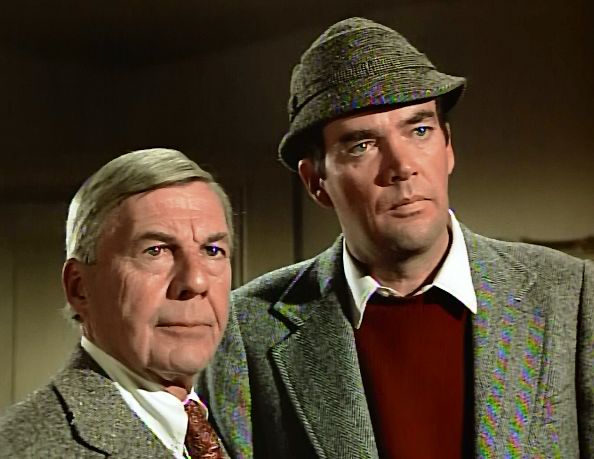 Ellery’s TV entry was inevitable and in 1950, Richard Hart was the first to essay the sleuth. When he suffered a fatal heart attack at 35, he was followed by Lee Bowman and, in other short-lived variations, George Nader and Lee Phillips. A couple of Harts and a few Bowmans are currently on YouTube, along with 1971’s failed movie pilot, Ellery Queen: Don’t Look Behind You, a flashy, shallow adaptation of the classic Cat of Many Tails, starring a miscast aging and very British Peter Lawford. But only four years later, arguably the medium’s best crime series collaborators, William Link and Richard Levinson (Columbo, Murder She Wrote), produced what will probably remain unchallenged as the ultimate season of Ellery Queen, beginning with a movie based on the novel The Fourth Side of the Triangle. Set in an art deco Manhattan, circa mid-1940s, the series was beautifully cast with Jim Hutton as a likably absent-minded genius Ellery and David Wayne as his police inspector dad. Two new characters – smarmy radio sleuth Simon Brimmer venomously played by John Hillerman and loudmouth newshawk Frank Flannigan, limned to red-faced, perspiring perfection by Ken Swofford – added to the fun. The suspects are portrayed by an array of familiar character actors such as Eva Gabor, Vincent Price and Roddy McDowall. The scripts are witty, fast-paced and feature a "Challenge to the Viewer" fourth-wall break just before Ellery ‘splains it all (Entertainment One, Boxed Set of 6 DVDs, 19 plus hours.) Fans may want to search Netflix for the unused Ellery script that was minimally adapted over a decade later to fit The Grand Old Lady episode of Murder, She Wrote. (No, the title does not refer to Jessica Fletcher.)

Dick Lochte is a well-known literary and drama critic and contributes the "Sounds of Suspense" audiobook review column to Mystery Scene. He received the 2003 Ellen Nehr Award for Excellence in Mystery Reviewing. His prize-winning Sleeping Dog and its sequel, Laughing Dog, are available from Brash Books.