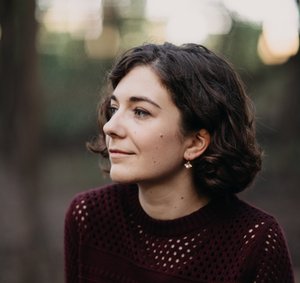 "That night, I read as the train rattled into the mountains. In the morning, I stumbled into the station. The book remained on the train, forgotten under the blanket of my upper bunk..."

It was my second summer in southwestern China. I was living in Kunming, and I’d just found a way to feel more at home. After filling out numerous forms, waiting for stamps and signatures, and depositing a hefty stack of cash, I had obtained a library card. It came just in time for me to check out a book to bring with me on the overnight train from Kunming to Lijiang, a trip that could feel interminable without one. That night, I read as the train rattled into the mountains. In the morning, I stumbled into the station. The book remained on the train, forgotten under the blanket of my upper bunk.

On my return to Kunming, I made my mortified confession to the librarians. They proposed a solution: I could replace the lost book. Unfortunately, mail-order was not an option. I’d never had a package successfully delivered. So began a quest. I searched Kunming’s single English-language bookstore. I scoured cafes and hostels, scanning rows of water-stained, sunblock-scented paperbacks.

A quick trip to Hong Kong was necessary to renew my Chinese visa. The two days I spent there became a tour of bookstores. With a list of opening hours, street addresses, and subway routes, I hiked from one to the next. They are numerous, but hard to find. Many are nestled high in the dense forest of skyscrapers. Some are minimalist, sleek boutiques. Others stack their books in precarious towers, forming their own miniature cities.

I remember the moment I recognized the title on a slim spine in the middle of a crowded shelf. I felt an electric tingle up my neck. This must be what it is like to follow a map with burned edges, reach the spot marked with an X, and see a glint of gold in the dirt.

I remember learning about the value placed on books in medieval England not only as containers of content, but as physical objects. Owners gilded them, carried them in jeweled boxes, and chained them to desks. I didn’t expect a day in Hong Kong to connect me to Anglo-Saxon bibliophiles. We live in an age when the content of a book can be summoned on a smartphone, but on that day, a unique constellation of circumstances turned a single paperback copy of a popular novel into treasure. How fitting, just a few months before I started writing my first mystery novel, that the object of my quest was a worn copy of The Mystery of the Blue Train, by Agatha Christie.

Elsa Hart was born in Rome, Italy, but her earliest memories are of Moscow, where her family lived until 1991. Since then she has lived in the Czech Republic, the USA, and China. She earned a BA from Swarthmore College and a JD from Washington University in St. Louis School of Law. She wrote her first novel, Jade Dragon Mountain, in the mountain borderlands of Southwest China. Her second novel, City of Ink, is out on Minotaur Books.