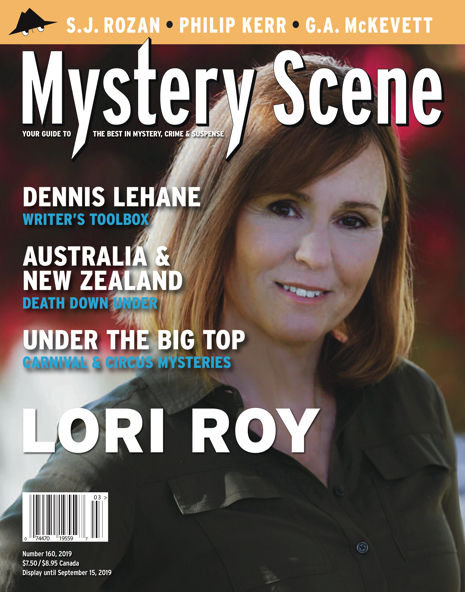 From the late 1920s to the late 1980s this author managed to catch the mystery zeitgeist.
by Michael Mallory

On developing an ear for dialogue and creating dimensional characters.
by Tom Nolan

Hey Rube! The Mystery Is at the Circus

Novels with the big top and carnival midway as their backdrop.
by Ben Boulden

The author found the working methods of architecture transferred to writing when she decided to switch careers.
by John B. Valeri

A German detective during the Nazis’ rise to power, World War II, and Europe’s postwar recovery.
by Nancy Bilyeau

An overview of writers both new and old from Australia and New Zealand.
by Craig Sisterson

My Book: A Death at Tippitt Pond

First lines that caught our attention.

“Trust Me on This” Crossword