Online Exclusive
Death by the Bay 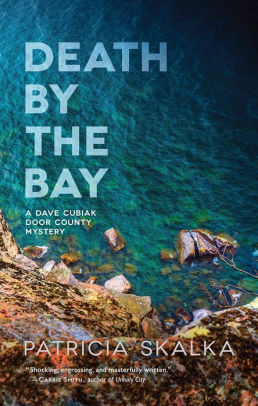 Like Claire, Dave has a tragic backstory that brings him to town, but by book five, Dave is settled, remarried, and has a young son. When a nearby scream interrupts Cubiak's regular lunch date at a hotel restaurant with his good friend the retired county coroner, Cubiak sprints into action only to find that a highly regarded and well-known doctor who was planning to deliver a speech at the hotel's medical conference has just died.

As the doctor is taken away, Cubiak hears another piercing scream and finds a hotel maid pointing at a photo of a man and a boy on an open laptop. The woman insists the boy is her brother Miguel, who was taken from her family by a doctor who promised to “cure” his Down syndrome. Miguel never returned home.

In a seemingly unrelated call to an isolated farm, Cubiak meets an elderly woman who turns out to have a similar story about a missing sister who suffered from polio. A friendly doctor offered to take her away and “cure” her when she was a child.

As Cubiak investigates, he realizes the case of the sister, taken years ago from an immigrant family who spoke little English, and the case of Miguel, taken from his Mexican family, are related. Skalka brings a heartbreaking and moving story to life while tying it to a clever mystery, as her hero untangles the threads of the case using common sense and solid police work. (He’s a step ahead of the reader, but not too far ahead.)

Set in one of the more glorious resort areas of the upper Midwest, Skalka brings to life a wonderful setting while highlighting the lives of the ordinary workers and struggling farmers who live there. The result in Death by the Bay is a highly intelligent and worthwhile read.