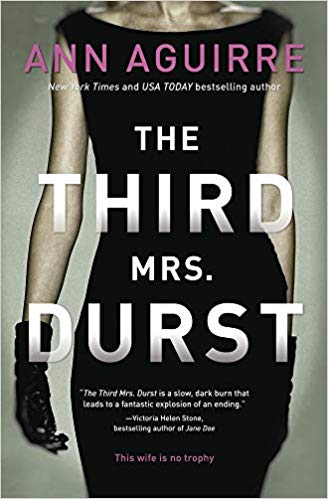 Marlena Altizer grew up in a povertystricken rural area without electricity or plumbing, so when she marries Michael Durst, a wealthy business tycoon, she is propelled into the very different world of New York City’s elites. But Michael forces Marlena to lie about her past (going so far as to concoct a biography about Marlena being born in Croatia and pressuring Marlena to learn Croatian). Her husband has her watched, bugs her phone, and eventually his controlling behavior escalates to verbal and physical violence. Marlena knows it’s only a matter of time before she ends up like his first two wives—dead. When Michael threatens her friends to prevent her from going to the police, she realizes the only way to save herself and her loved ones may be to kill Michael.

The Third Mrs. Durst is a story about the dangers of unchecked power, the trauma of domestic abuse, and one woman’s sheer will to survive. Marlena, though a victim, is strong, smart, and determined to see justice done. Her situation highlights the pain survivors of abuse often hide, and the fact that such abuse can happen to anyone, no matter their walk of life. The plot steadily builds suspense chapter by chapter, making for a gripping thriller anchored by a protagonist readers can really root for.