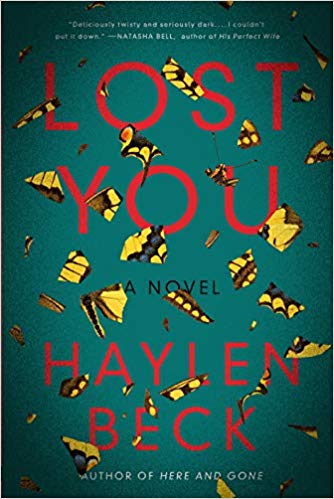 Libby Reese has everything, including a loving husband, a nice home, and plenty of money. The only thing that she wants—after ten years of trying—is a baby. Anna Lenihan doesn’t have anything, a job, or a way to pay the bills. All she wants is a better life.

Driven by desperation, Anna answers an ad in the paper and agrees to become a surrogate mother. The only problem is that once her son is born, she knows she can’t give him away.

This is a story of surrogacy gone wrong, and the damage that results when two mentally fragile women both fight for the same child. Not willing to risk a court battle after Anna absconds with her son, Libby decides to take back what she believes is her baby— with tragic results.

This story is distressing on many levels. From Anna’s manipulation by a shady surrogacy agency, to Libby’s all-consuming desire to have a child at the risk of everything else, to a crime that continues to haunt both women for years, there is no doubt that there can be no happy ending.

Haylen Beck does an impressive job of humanizing both main characters, so that things aren’t as black-and-white as one might expect. It’s easy to feel empathy for both Libby and Anna, and understand the forces that drive them to make dangerous, life-altering decisions. Despite the fact that the final confrontation is three years in the making, the author keeps the story moving at a breakneck pace, alternating between a present- day, life-or-death situation and chapters focused on the past that show what led to the story’s terrifying climax.