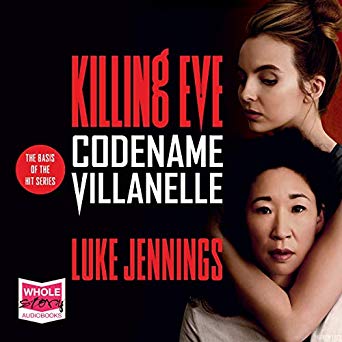 The first season of the Killing Eve miniseries, in which sleuth Eve Polastri (initially an agent of Britain’s MI5) hunts down and forms an unhealthy bond with a playful, viciously effective assassin named Villanelle, is so unexpectedly smart and funny and fresh, it’s not until much later—maybe in the middle of the considerably less charming season two—that one realizes how little information has been provided by way of the leading characters’ backstories. Half of that absence is satisfied by this novella, the original source for the teleplays. As the title indicates, its author, journo-novelist Jennings, focuses on the clearly insane but strangely likable cold-blooded killer, filling in her grim orphanage, her brutal and at times sadistic “training” in the art of assassination, and the effect both have had on her present-day psyche as well as her profession. You also get a realistic (or at least as realistic as one finds in a breathless spy fantasy) appraisal of her relationship with her shrewd handler Konstantin. A section of the plot is devoted to his kidnapping by enemies of their employers, a sinister secret cadre called the Twelve. The audiobook, a short work that doesn’t take us very deep into the Villanelle-Eve relationship, is admirably narrated by Kirman. Her Villanelle speaks with an accent best described as Russian-blasé, while her Eve, following Jennings’ fiction, is British brisk. This is unlike the brilliant but frazzled TV Eve as portrayed by Canadian-American actress Sandra Oh, whose speech and manner are clearly not British. Her presence in the middle of this tricky, edgy TV spy thriller lifts it well above others of its kind but it also requires a better explanation than provided of how this very American Eve wound up in Europe being tapped by MI5.