Nonfiction
Beyond The Thirty-Nine Steps: A Life of John Buchan 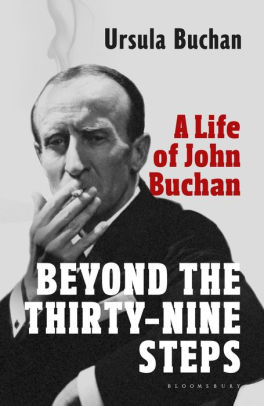 Besides being a key figure in the development of the spy novel, John Buchan, Lord Tweedsmuir (1875-1940) was a remarkably prolific writer of fiction and nonfiction in various genres and Governor General of Canada in the last years of his life. The title references his most famous novel, made into one of the great films from Alfred Hitchcock’s 1930s British output—and Buchan, like many others, believed the movie The 39 Steps was an improvement on his book. His historical fiction and the other Richard Hannay novels are discussed, but his political life, particularly during the first World War and the run-up to the second, may carry the greatest interest for most readers.

Buchan emerges as an admirable person, both privately and publicly, whose achievements are especially amazing in view of his lifelong health problems. He was a strong supporter of the BBC and the British film industry and a stalwart opponent of censorship. The inaccurate charge of anti-Semitism, based on the dialogue of some of his fictional characters and perhaps a passage from one hastily written newspaper article, is effectively debunked.

The author is the granddaughter of her subject, a relationship alluded to only in the introduction and afterword. The book is agreeably written, even-handed, and exhaustively documented.

MysteryScene Inspector Richard Jury has a new friend in THE OLD SUCCESS by Martha Grimes. He'll need all the help he can get wit… https://t.co/2FO1MOK4K4
18m • reply • retweet • favorite