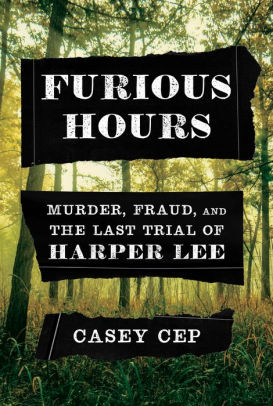 There are three main characters in this important work of nonfiction, each the focus of one part: 1) The Reverend: Willie Lee Maxwell, an African American Baptist preacher and pulpwooder in Alabama, who took out multiple life insurance policies on wives and other relatives in the 1970s, then collected on them after their suspicious deaths. It was the kind of case (and there are too many other recent examples) where everyone seemed to know what he was doing but the justice system was unable or unwilling to do anything about it. At the funeral of his final victim, the daughter of his third wife, Maxwell was shot to death by Robert Burns, one of her relatives. 2) The Lawyer: Tom Radney, long a prominent Democratic politician in Alabama, who represented Maxwell in his battles with the insurance companies, then represented Burns at his trial for murder. 3) The Writer: Harper Lee, famous author of To Kill a Mockingbird, who after years of failed false starts to follow up on her success, became fascinated by the Maxwell/Burns case and did much research and planning for a book, which she eventually abandoned.

Though Lee doesn’t appear until past the halfway point, the author covers her life in detail, including accounts of both Mockingbird and Truman Capote’s In Cold Blood, on which she was his research assistant (depicted in two biopics about Capote) and to which she contributed to a greater extent than might be guessed. When Lee’s Go Set a Watchman, a sequel (though written earlier) to Mockingbird, was published in 2015, many readers were shocked by the contrast of heroic Atticus Finch in the iconic book and film and the seemingly racist character of Watchman. Cep recognizes that the reaction reflected the inability of Northerners to imagine or recognize the complexity of Southerners: Lee’s editor on Mockingbird, Tay Hohoff, “might have found it difficult to imagine segregationists who despised the Klan, but Lee knew that the South was full of them. She had known countless men like the Atticus of Watchman, who would defend a black man in court only to bar him from the ballot box, not to mention the neighboring booth or bar stool. In fact, the majority of whites in Alabama would never have joined a lynch mob, yet openly opposed the integration of schools or anything else.”

When a book is both true crime and biography, which Edgar committee gets it? That’s for the MWA to decide, but at least one of them should consider this outstanding work.

(Reviewed from the ebook edition.)