Books
How the Dead Speak 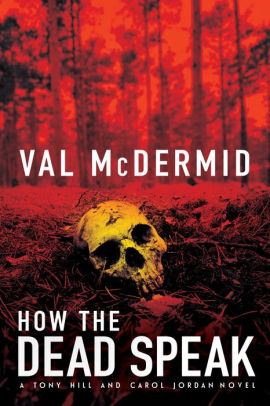 Thirty-two years ago, a Scottish journalist living in the north of England made her mystery-writing debut by introducing Lindsay Gordon, the first-ever openly lesbian detective in British crime fiction. Since then, Val McDermid has entertained millions of readers with more than 30 novels spread across four series and standalones. She is a modern-day Queen of Crime, racking up accolades that include the 2011 CWA Diamond Dagger for a career of “sustained excellence” and a “significant contribution” to our genre. There are long-standing authors whose series plateau or dip after so long; one of many impressive things about McDermid’s mystery writing is the way she continues to push herself and her characters, finding fresh stories to tell, issues to explore, and never leaving things static. How the Dead Speak is a great example of that trend.

The 11th novel starring profiler Tony Hill and detective Carol Jordan sees the duo separated and both struggling with new situations after the cataclysmic ending to Insidious Intent. With Hill behind bars and Jordan no longer a cop, the remains of their major incident squad deal with dozens of bodies uncovered in the grounds of an abandoned convent. While some may have died of natural causes, it’s clear that others have not. Has a serial killer been operating under the radar?

Meanwhile, Jordan struggles with PTSD, her disconnection from Hill, and requests for help from two nemeses, and Hill tries to survive prison life and find some meaning now that everything has changed. McDermid adroitly weaves a variety of story lines into a cohesive and compelling whole. How the Dead Speak showcases Hill and Jordan’s former colleagues while also giving readers a greater understanding of the series protagonists. McDermid didn’t take the easy way out or return to an equilibrium after Insidious Intent. Instead she painted herself into a corner, then delivered a gripping tale that continues (potentially caps?) a beloved series while underlining the impact of all that has gone before.