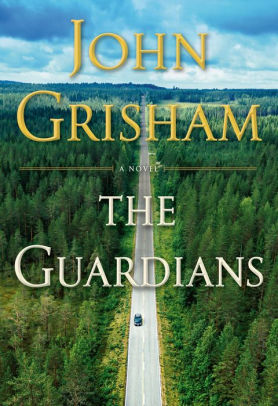 The Guardians opens with a ticking clock. In one hour and 44 minutes, an Alabama inmate—who is innocent of the rape and murder for which he was convicted—is scheduled to be executed. John Grisham knows how to get our attention.

The condemned man’s attorney is Cullen Post. Also an Episcopalian minister, Post works for Guardian Ministries, a Savannah-based nonprofit dedicated to freeing the wrongfully convicted. It’s a job that keeps Post on the road traversing the death belt, the highway that connects death-row states from North Carolina to Texas.

Post’s travels take him and his frequent co-investigator, Frankie Tatum, to Florida where a convicted murderer has spent 22 years behind bars thanks in large part to the testimony of a shoddy “expert,” whose forensics findings have elsewhere been debunked.

Post and Tatum set out to disprove the evidence, but encounter a labyrinthine maze of lies involving power brokers and a drug cartel. Evidence has gone missing. So have witnesses. Truth comes with a price, as both men learn when they begin asking about the decades-old shooting that shook a sleepy Florida town.

A master of the legal thriller (A Time to Kill, The Firm, The Pelican Brief, etc.), Grisham is skilled at dispensing legal acumen. He also delivers great characters, and Tatum is no exception. The first prisoner exonerated by Post and the Guardian Ministries’ program, Tatum is 45, black, and now financially well-off thanks to damages received from the state that wrongfully imprisoned him for 14 years. He keeps a small apartment, but prefers the open road (years behind bars can do that to a person). He shadows Post, doing what he can to aid others who get raw deals.

The mystery unfolds with great detail and deliberation—some of it perhaps too much for non-legal minds. But the characters, themes, and suspense make this journey worthwhile.

The book wraps up with an author’s note about the real-life inspirations for Guardian Ministries and the plot. Reading about the imprisonment of Texas inmate Joe Bryan is eye-opening and grim. No wonder attorney-activists such as Grisham are compelled to write fiction in which the outcome is successful and justice is served.