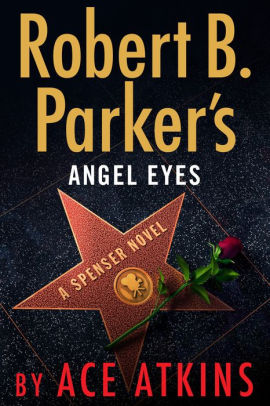 Purists may sneer, but there’s a lot to be said for those long-running series that just refuse to die. Like a great jazzman playing infinite variations on the same song, you always know what you’re going to get—but not quite.

A case in point is Robert B. Parker’s Spenser, who just keeps rolling on, even after Parker’s death a decade ago. Thanks to the very capable hands of Atkins, the Boston sleuth with a gift for gab and cojones of steel has continued to hit the bestseller lists.

But let’s face it: in real time, Robert B. Parker’s Spenser, Hawk, and Susan would now all be only slightly younger than Paul Revere. Like, Spenser’s army days during the Korean War? Funny how nobody brings that up anymore, huh?

Good thing, then, that the gang is aging in hero time. Although Atkins, to his credit, does have some fun with it, as when Spenser mutters about needing his “cheaters” to read something, or when, in exasperation, he’s challenged about his exact age. “Age has nothing to do with it,” he replies. “I am a man of the classics.” Which is about as “classic Spenser” as you can get.

If Spenser’s slowing down, it’s going to be on his own terms. And so, in Angel Eyes, we find him in Los Angeles on another wandering daughter job, which allows him to hook up with “full Cree Indian” Zebulon “Z” Sixkill, his former apprentice, who’s recently set himself up as a Hollywood private eye.

Longtime fans who recall Parker’s 1981 novel A Savage Place know that the City of Angels holds some bad memories for Spenser—a dalliance with a TV news reporter he was hired to protect ended tragically and Spenser still feels guilty. With Z in tow, they eventually track down Gabby Leggett, a onetime aspiring model and actress from Cambridge who came out to Hollywood to make it big. But now she’s slipped into the embraces of a female empowerment group—and she doesn’t want to leave.

Ersatz cults may be the least of their concerns, though. Spenser, being his usual charming self, has barely unpacked his gun and his rapier-like wit before he’s ticked off Gabby’s sleazy ex, a powerful movie studio boss, and, oh yes, the Armenian mob.

Susan eventually shows up, guns are fired, people get dead or get saved. It may be the same old song, but it’s still a damn good one. Hawk may be MIA (although Robert Crais’ Joe Pike shows up), but the interplay between Z and Spenser as they lob barbs over a generational gap (echoing perhaps, Parker and Atkins themselves) more than makes up for it. The two gumshoes riffing on Albert Hammond’s 1972 pop hit “It Never Rains in Southern California” is so damn perfect it hurts.