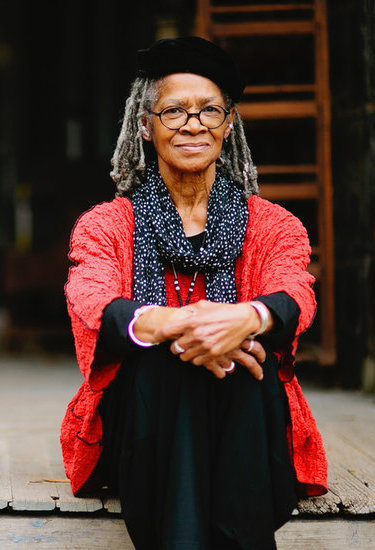 “It is not often that someone comes along who is a true friend and a good writer. Barbara was both.”

“Have you anything to say for yourself?” the judge asks Blanche White in the opening sentence of Barbara Neely's first novel, Blanche on the Lam (1992). Well, Barbara had a great deal to say for herself and few have left such a rich legacy, not only in novels and short stories, her essays, plays, and the 2003 “Commonwealth Journal” WUMB-FM radio shows from U Mass Boston, but most especially for who she was: an activist, feminist, African-American woman, and deeply caring friend. In terms of her passion for social justice, her awareness, her core beliefs of who we should be in this life and who she should be, she was probably greater than almost anybody else I have known.

At a symposium hosted by the Université de Tours in 2000, Barbara said that some people might think Blanche had “an attitude problem.” Happily, they both did. And Barbara was writing back then about everything in the news today—unsurprisingly prescient. Read the Tours transcript and watch this YouTube gem from the 2012 Book World Prague and others you will find online. As is sadly often the case for some writers, she found her global appreciation greater than her appreciation here until her recent recognition by Mystery Writers of America as a Grand Master, which when announced, prompted Barbara’s reaction: “ I hope this doesn’t mean I have to relinquish my position as Empress Regnant of the Multiverse.” I can see her, head slightly cocked to one side as she says this with a beautiful smile, amazed and amused by it all.

When Mystery Scene asked me to write about Barbara, I thought the flood of memories—our trips to Filene’s Basement, searching out the man together who could repair her fountain pens (her preferred writing instrument), our always talking and laughing in a friendship that began in 1991—would make this task a kind of Love in the Time of COVID. But it is not the pandemic making this difficult, but the word, “was.” 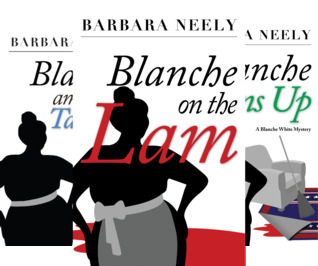 Rather than write much more here, I urge everyone to read all that has come out now about her life. Read the four Blanche White books (Blanche on the Lam, Blanche Among the Talented Tenth, Blanche Cleans Up, and Blanche Passes Go) in order—and then read them again. (And many, many thanks to Brash Books for making them available.)

I am missing you terribly, dear Barbara. I can hear your distinctive, lovely voice and can think of no better reminder of what you stand for (present tense) than this quote from Blanche Passes Go (2000): "Did white people have any idea how much energy and hope and downright stubbornness it took to live and work and try to find some fun in a place where you were always the first to be suspected, regardless of the crime?"

Katherine Hall Page is the author of the long-running Faith Fairchild mysteries, which began in 1991 with The Body in the Belfry and which received the Agatha Award for best first mystery. The Body in the Snowdrift was honored with the Agatha Award for best novel in 2006. Page also won an Agatha for her short story “The Would-Be Widower.” The recipient of the Malice Domestic Award for Lifetime Achievement, she has been nominated for the Edgar, the Mary Higgins Clark, the Maine Literary, and the Macavity Awards. She lives in Massachusetts and Maine with her husband.