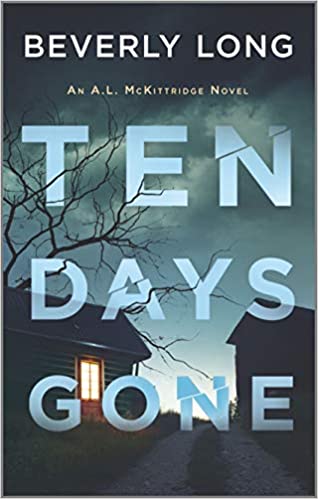 Ten Days Gone, the first in Beverly Long’s A.L. McKittridge series, finds the lead character, and his partner, Rena Morgan, trying to track down a killer who strikes regularly, every ten days. The murder with which the novel opens, the fourth, sets the kill clock ticking again, forcing the desperate detectives to scramble in order to avert another tragedy. It’s a rather straightforward and earnest thriller, but very entertaining, with convincing characters and compelling, realistic subplots. It’s a book that reads more like a middle entry in a series, rather than the first, due to the author’s feel for the members of her cast, and, probably, the fact that she’s been at this game a good two decades now.