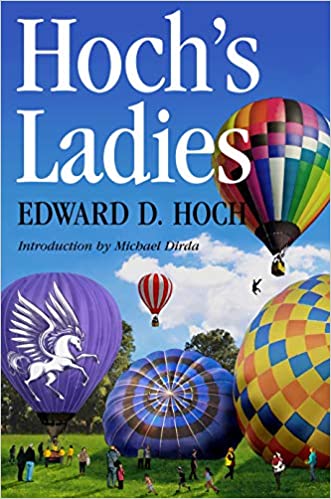 Hoch’s Ladies, by Edward D. Hoch, collects 17 of the prolific short story writer’s puzzling mysteries. The three detectives are female and range from amateur sleuth, Susan Holt, to bodyguard and crimesolver, Libby Knowles, to San Diego police detective, Annie Sears. The majority of the stories, and the best, feature Susan Holt. Susan is a department store promotions manager that finds (and solves) murder everywhere she goes. The tales shift from exotic locations such as Tokyo and Reykjavik to the more familiar like Des Moines and Phoenix. “A Traffic in Webs” finds Susan in Tokyo arranging for a display of shimmering webs created by feeding hard drugs to spiders. Susan is pushed into traffic on her first morning in the city, and later the manager of the Tokyo department store displaying the webs is murdered in his office. It takes Susan’s flair and nimble mind to solve the case. All 11 of the Susan Holt stories have Hoch’s pinpoint plotting, a detailed and interesting setting, and a marvelously executed climactic surprise.

Libby Knowles, a former police officer and current freelance bodyguard, appears in three intriguing puzzlers with bizarre hooks and satisfying solutions. “Five-Day Forecast” finds Libby protecting a meteorologist from…himself. His coworker committed suicide by jumping out of their shared office window and the meteorologist is afraid he will be next. The solution is more standard than the offbeat hook, but the wry and ironic climax is worth the trip.

The final three stories feature Annie Sears. Annie is a newly hired San Diego police detective with a knack for solving murders. Her first case, “The Cactus Killer,” is set in a small Arizona town where Annie stops for the night on her way from El Paso, Texas, to her new police job in San Diego. The big mystery is, who has been shooting and killing the town’s cactuses. Annie’s investigation is brief, a bit surprising, but simpler than much of Hoch’s work.

Hoch’s Ladies is a pleasant breeze of whodunit mysteries that are appealing for Hoch’s easy-going style and the simple-feeling complexity of the plots.