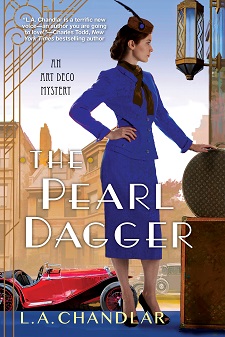 I have a habit when I read a mystery to look for those little Easter eggs that reference other mysteries. I love it when characters reference another author’s characters and novels.

Historicals also reference books of the era in which they are set.

L.A. Chandlar: Pearl Dagger (Kensington)
Chandlar uses historical figures such as director Orson Welles, Jewish philanthropist and activist Frieda Warburg and New York Mayor Fiorello La Guardia to give a sense of what life was like during 1937 New York and London.

Chandlar’s “Art Deco” series revolves around Lane Sanders, whose official job is as a personal aide to La Guardia.

She’s also a darn good investigator, willing to take on cases that may even put her in harm’s way.

Lane also is a reader and is excited when a British friend lends her the newest Agatha Christie novel, Cards on the Table, which isn’t out yet in the U.S. during the time of this story. “There was nothing as bonding as enjoying a good book with someone,” says Lane.

Susan Elia MacNeal: The Prisoner in the Castle (Bantam)

MacNeal sets her novels about Maggie Hope during WWII. Starting as a typist for Winston Churchill, Maggie become a full-fledged spy, working for the Special Operations Executive (SOE), the hush-hush organization created by Churchill to “set Europe ablaze.” 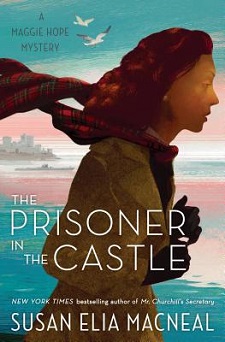 In this eighth outing, Maggie is sent to a former Victorian hunting lodge on a tiny, remote island.

Supposedly a secret British training center, it really is a prison for top agents whose supervisors worry they could leak vital information.

The lodge has a massive library that has, among other books, a set of Agatha Christie mysteries. That’s appropriate as the plot soon resembles Christie’s masterpiece And Then There Were None.