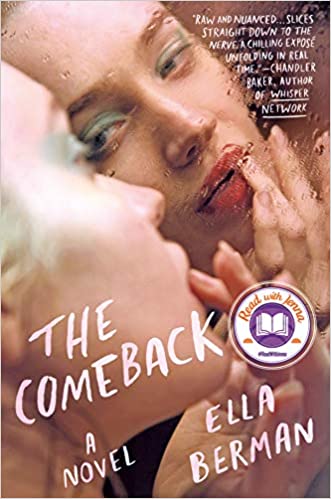 It seems like a glamorous life for Grace Turner, a 14-year-old girl whisked from school and plopped into the lead role of a blockbuster movie series. She thought it was a dream come true—until it turned into an eight-year nightmare.

While The Comeback first appears to be a light beach read following the rise and fall of a teen star, it is a psychological study that exposes the more heinous underbelly of what happens when a child falls under the control of a volatile, manipulative director who jealously guards his meal ticket. Isolated from her family, Turner both loves and hates Able Yorke, the gaslighting sociopath responsible for her fame. At the height of her popularity, battling drug and alcohol addictions, she flees—and begins to pick up the pieces of her shattered life. Instead of offering help, the fickle crowd who delighted in her meteoric rise are even more enamored of her tabloid-fueling fall.

While the overly entitled Grace isn’t the most sympathetic character, it’s hard not to feel for her. Catered to by staff and sycophants, she is at a loss when trying to figure out how to do the simplest daily chores, not to mention the much tougher work of repairing the relationships she’s damaged. Past and present chapters show how insidiously Able has taken over her entire life, and how, even now, she still quells under his control.

Grace faces a number of setbacks in her progress, worrying the reader that she may never escape the trauma of her youth. Whether she will be able to confront Able and move on, or be stuck forever in the role of victim, is a drama that is mesmerizing to watch.