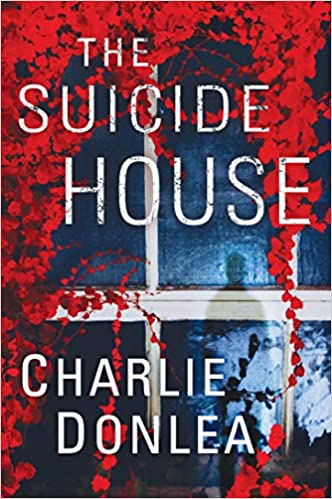 The so-called Suicide House of the title, located near the border of Indiana and Michigan and adjacent to the elite Westmont Preparatory High School of Peppermill, Indiana, began to earn its grisly name in August of 2019, first as the site of two grisly student murders, and then as the site of an attempted suicide by the man ultimately charged with the crime, Westmont teacher Charles Gorman.

A year later, things start to happen to other students present that horrible August night, reawakening interest in the sordid affair, spawning a new round of media investigation, and a highly rated podcast. It also catches the attention of psychologist Lane Phillips and his significant other, Rory Moore, a forensic reconstructionist who has made a career out of solving the most frigid of cold cases. Despite the risk of injury, even death, they seek to answer the question of whether the atrocities at the Suicide House are a thing of the past, or whether the house represents a clear and present danger to all who pass within.

Charlie Donlea’s latest bristles with intrigue and suspense, as, alternating between the past and the present, he slowly reveals the truth behind the events of August 2019. It’s a fast-moving thriller, so involving that you hardly notice the author skillfully varying the lengths of chapters to increase or decrease its pace. Reminiscent of Jeffrey Deaver’s work, especially his Lincoln Rhyme novels, and Stephen King’s excellent Bill Hodges trilogy (Mr. Mercedes, Finders Keepers, and End of Watch), it also expands his literary universe a bit, featuring characters from other novels (Phillips and Moore from 2019’s Some Choose Darkness, and Gus Morelli from 2018’s Don’t Believe It) in his growing oeuvre.