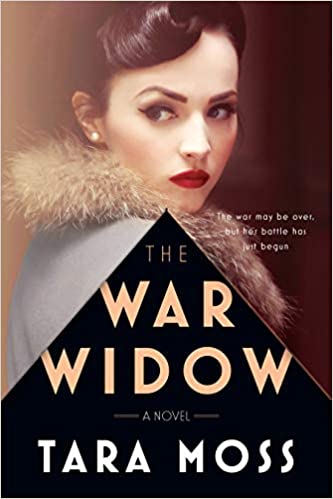 The War Widow, by Australian-Canadian author Tara Moss, is a modern commentary on the post-WWII, private eye novel.

When Netanya Brown hires Billie to find her missing teenage son, Adin, Billie assumes the boy has gone off with friends or a lover, but the trail leads to an exclusive club, The Dancers, and to a premier auction house. An old informant from Billie’s newspaper days, tells her about a possible prostitution ring and Billie slowly comes to realize the two cases are related.

The War Widow is a strong debut for the tough-minded, elegant, and determined Billie Walker. It’s mystery as a look at class and society from a fresh and very female perspective. The commentary, at times, is too modern for the story’s era, but it is never dull or misinformed.

The War Widow’s only flaw is the longwinded descriptions of its characters’ clothing: materials, sewing patterns, and other minutia. Billie even goes so far as to describe someone’s clothing and then prognosticate what that character might wear in a different season.

The mystery is tailored nicely and features corrupt cops, murder, Nazi war criminals, and prostitution. In the end, Billie is able to solve it adeptly as she moves from the criminal underworld to the highest levels of society.