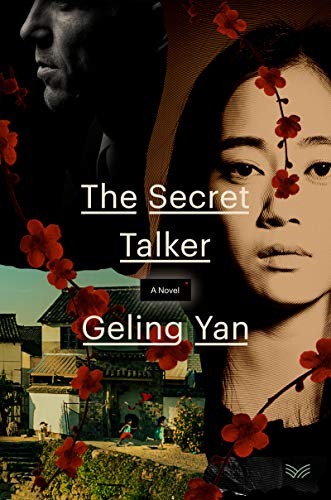 What would you do if a stranger on the internet said he knew your secrets, that he saw you with your husband, likes what you wore, but thinks you are shut off from the world around you? Most people would be frightened, but Qiao Hongmei, is intrigued. Why?

Hongmei, frankly, seems bored and ignored. The Chinese wife of an American professor living in Northern California, Hongmei is working on her thesis, but she still has time on her hands. Glen, her husband, is busy with his classes and often works in his home office, the door closed. Why not answer the stranger?

The Secret Talker, a novella by well-known author and screenwriter Geling Yan, slowly reveals how manipulative an internet predator can become, seducing his target through observations, and flattery and deliberately distancing her from her real life.

Events she’d hidden, such as her early life in a small village in China, now impact her thoughts. Ideas she’d tucked away awaken. Gradually her exciting electronic dalliance moves from admiration to something that feels like stalking, but instead of being a victim, Hongmei goes on the offensive. She sets a daring trap to catch and identify her internet troll.

Translated from Chinese by Jeremy Tiang, I sensed that the author’s style might be more lyrical and nuanced in her original language. Regardless, the story of a married couple living together, and yet not connecting comes across. As the plot reaches its climax, Hongmei’s pursuit of her pursuer reveals that her carefully constructed life is now unbearable and unsustainable.