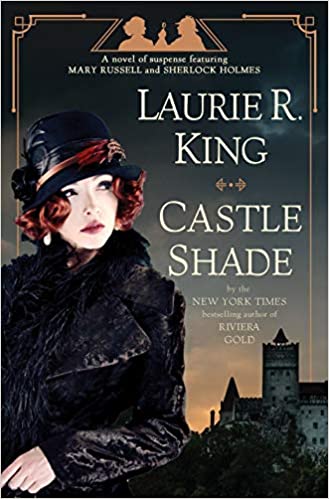 The year is 1925, and Mary Russell and her husband, Sherlock Holmes, are called to an ancient castle in Transylvania by the Queen of Rumania who has received letters threatening her teenage daughter Ileana’s life. Other mysterious events have also occurred recently, including the voice presumably of a long-dead soldier calling to his former fiancée from a graveyard. Do the living dead still exist as in Transylvanian legend, or is there something even more sinister at work?

While awaiting the arrival of the Queen and her daughter, Sherlock is called away for a few days at the urgent request of his brother, Mycroft, to look into some events that may have international repercussions in post-war Europe. Mary takes the opportunity to explore the castle and to get to know some of the castle staff who are closest to the Queen and her daughter.

Before his return, Mary is waylaid from behind one evening on a road not far from the castle, chloroformed and bundled into a box where she awakens the following morning seemingly unharmed aside from a headache and a few bruises. Who could have done this and, even, more significantly, why? Sherlock returns and the two begin an investigation in the village, interviewing people by day and secretly observing the cemetery at night. Their major finding seems to be that the Queen and her daughter are universally loved and respected.

When Ileana’s best friend goes missing and clues point to the Queen as the abductor, Mary and Sherlock at last begin to see light at the end of the tunnel and follow their insight to a challenging and danger-fraught conclusion.