Books
How to Murder a Marriage 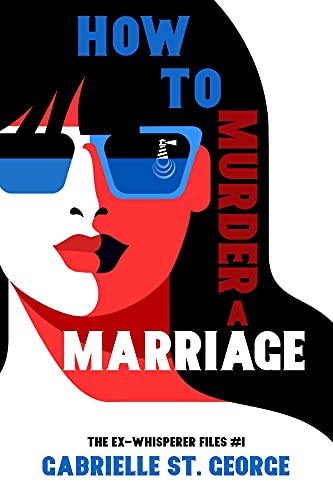 First in a series, Gabrielle St. George’s How to Murder a Marriage introduces Gina Malone—a 49-year-old Toronto author and advice columnist dubbed the Ex-Whisperer. Gina is also a divorced mother of four who will be an empty nester after she delivers her youngest to college in London.

While awaiting their flight, Gina answers a message from a reader, Lillian, urging the woman to exit her abusive marriage. Lillian soon responds, stating her husband found their correspondence; threatened to hurt Lillian’s dog, Snowflake, if she persists in contacting Gina; and vowed to make Lillian disappear “for real” if she tries to leave.

The next day, Lillian’s husband emails Gina directly, demanding to know where Lillian is, and promising a visit. Gina endeavors not to worry; it sounds as though Lillian escaped, and even if her husband learns Gina’s current address, she’s about to move back to her hometown of Sunset Beach, where she’ll be surrounded by friends and family.

The remainder of Gina’s trip passes without incident, and though an attempted break-in mars her last night in Toronto, she assumes it’s just her own obsessive ex up to his old tricks. After arriving in Sunset Beach, however, Snowflake appears in her yard, and Gina receives a string of creepy texts. Things only decline from there.