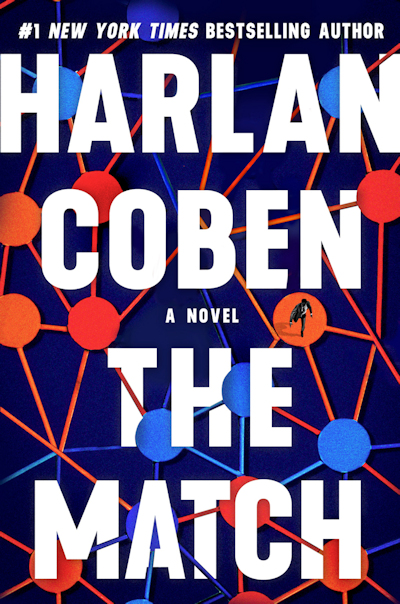 Harlan Coben returns with The Match, the second book in his Wilde series, and it’s a joy to see this enigmatic character again. This time the story delves into questions left carefully unanswered in the first installment, namely the reasons Wilde, the famous “boy in the woods,” was abandoned there 30 years ago in the first place. Even without reading its predecessor The Boy From the Woods, Coben provides enough context to immediately immerse the reader in Wilde’s unusual life.

Fresh off a relationship that didn’t quite work out, Wilde has returned stateside and retreated off the grid. His silence even extends to those he cares about most, his best friend’s widow Laila, her son Matthew, Matthew’s grandmother Hester, and his own adoptive sister. This willful exile is partially his nature and partially the result of the shocking news that he’s finally found a lead on his biological family through a genealogy website—and the deep disappointment that his long-lost match, a second cousin identified only by the initials PB, hasn’t responded to his efforts to reach out.

But it turns out that PB did respond, just not until after Wilde decided to spend months away from technology. When Wilde finally receives a distress message from PB, it’s far too late to help, but he feels obligated to untangle the mystery of his past, not only for himself, but for his cousin too. From the moment Wilde starts poking around, however, things get complicated. When Wilde gets another DNA match, this time for his biological father, the search gets more convoluted still. Wilde is drawn to his family as much as he’s apprehensive about them, and in the process he neglects the adoptive family he already has.

This is an exciting read with a colorful cast of characters, such as Matthew’s reality TV-obsessed girlfriend Sutton and hard-ass lawyer Hester. Wilde himself is interesting and complicated, and it’s good to see Hester get more story herself after appearing in other books. The twists keep coming right up until the final page as Wilde’s past reveals itself and the story leaves us with the tantalizing promise of further developments. Once again, Coben delivers a page-turner that is both a self-contained story and a teaser for what’s to come. It won’t be an easy wait for the next installment.