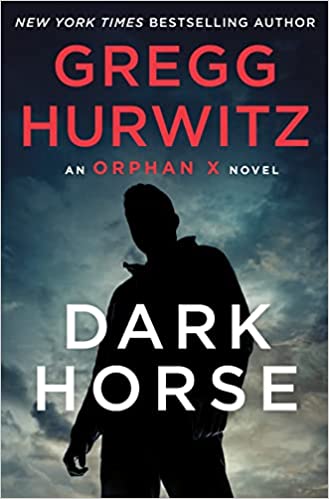 Evan Smoak is back in Gregg Hurwitz’s seventh Orphan X novel, deeply enmeshed in the activities of rival drug dealing operations based in South Texas and Mexico. This mission is extremely complicated, since it requires him to infiltrate both to achieve his chief goal of rescuing teenage kidnap victim Angelina Urrea, daughter of Aragon Urrea, the leader of the more sophisticated organization. Despite initial misgivings, Smoak has decided to come to Urrea’s aid, as the shady but philanthropic businessman literally has nowhere else to turn in retrieving his beloved daughter. Smoak, also known as The Nowhere Man, adheres to his complicated code, however, requiring a steep quid pro quo in return for his unique “services.”

Hurwitz draws on a number of sources and traditions in crafting his latest thriller, a satisfying stew of action/adventure flavored with real human drama.  As you read, you may find yourself reflecting on the works of other authors, including Warren Murphy, David Morrell, Robert Ludlum, or Ian Fleming, or on television shows like The Equalizer. But you’ll also find yourself reflecting on the nuances of human connection and the subtleties and complexities of family, both nuclear and extended. It’s a tribute to Hurwitz’s skill that he writes the smaller, quieter, more intimate moments with as much attention to detail and skill as he displays in the book’s more operatic, over the top, and chaotic sequences; his characters are capable of change and growth, as well as contributing to apocalyptic mayhem.