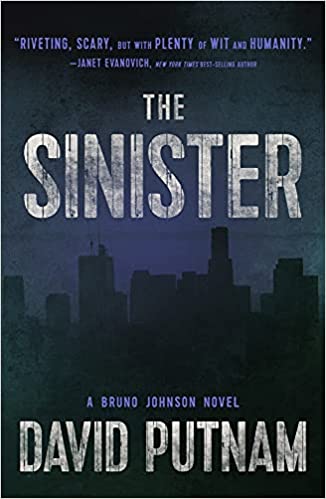 After 63 days inside their suite, the pair is finally packing up to fly back to Costa Rica, where the kids they rescued now safely reside, when Bruno’s old friend, FBI Deputy Director Dan Chulack, knocks on their door.

Three weeks ago, Dan’s young granddaughter, Emily Mosely, disappeared, along with her nanny, Lilian Morales. Dan’s family paid the $2 million ransom, but failed to recover Emily or Lilian, and the only suspect nabbed during the botched exchange won’t talk. With zero leads and no other options, Dan wants Bruno to work outside the system to locate Emily and bring her kidnappers to justice. He’ll provide whatever resources Bruno needs—even if he must burn down his own career to do so.

Marie begrudgingly consents after Bruno swears the job won’t take long, but of course, nothing goes according to plan. Putnam’s latest deftly balances violence and high-stakes drama with tender moments and dry wit.

The author’s experience in law enforcement shines through, injecting verisimilitude, while larger-than-life characters add color. Though Bruno’s thorny past factors prominently in the events of this book, Putnam does an admirable job filling in backstory where necessary, making this adrenaline-fueled thrill ride a suitable series on-ramp.