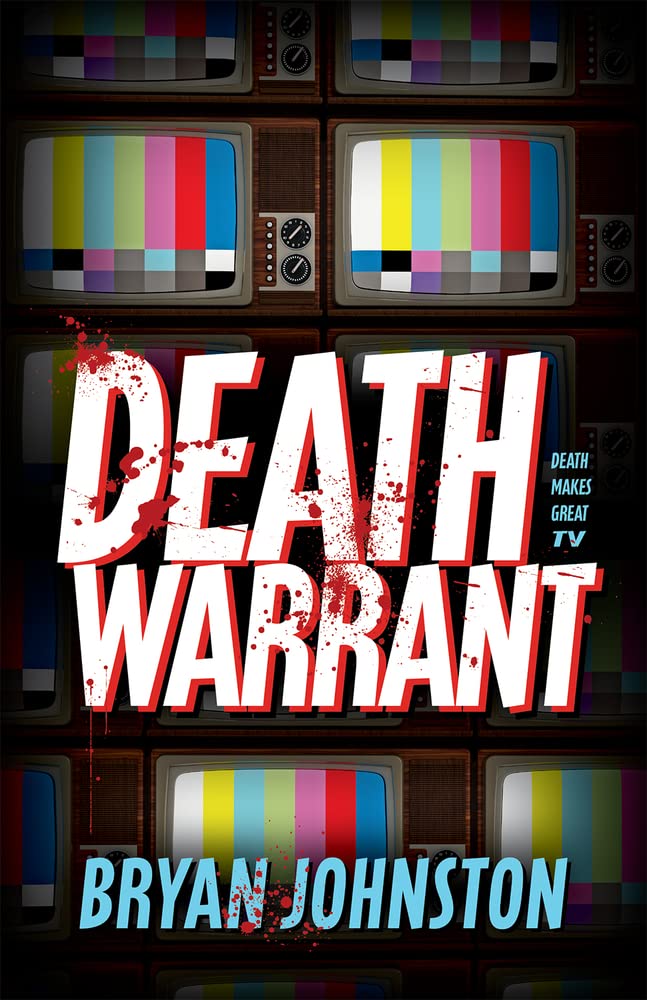 Set in Portland, Oregon, 50 years in the future, Bryan Johnston’s Death Warrant opens with talented but obscure mentalist Frankie Percival interviewing to be a “participant” on an episode of Death Warrant, the most popular television program in history. If the showrunners select Frankie, they will broadcast her assassination live. She’ll pay a fee—earnest money, with the amount depending on how painful, dramatic, and exotic a death she desires—and in return, her chosen beneficiary will receive a percentage of the ad revenue, usually about $7.2 million.

Before Frankie leaves the Death Warrant offices, she’ll be hypnotized to forget she applied for the show, thus minimizing her stress and maximizing the surprise. Frankie signs on, as this is the only thing she can think of to help her brother, Galen, who has a ton of debt and no way to pay it off, owing to catastrophic injuries sustained in a freak accident. Then, memory wiped, Frankie goes about her life.

She meets a guy worth dating, books some high-profile gigs, and develops an illusionist act that seems poised to take her career to the next level—but all the while, the Death Warrant production team toils in the background, contriving the perfect moment to end it all.

Subtle yet effective world-building, deftly drawn characters, and a dynamite premise elevate Johnston’s latest, which is, by turns, a speculative thriller, a decidedly nontraditional murder mystery, and a love letter to all forms of stage magic. Frankie’s snarky, endearingly candid first-person-present narration thoroughly invests readers in her fate, inspiring dread and against-all-odds hope in equal measure.