Books
Buried in a Good Book 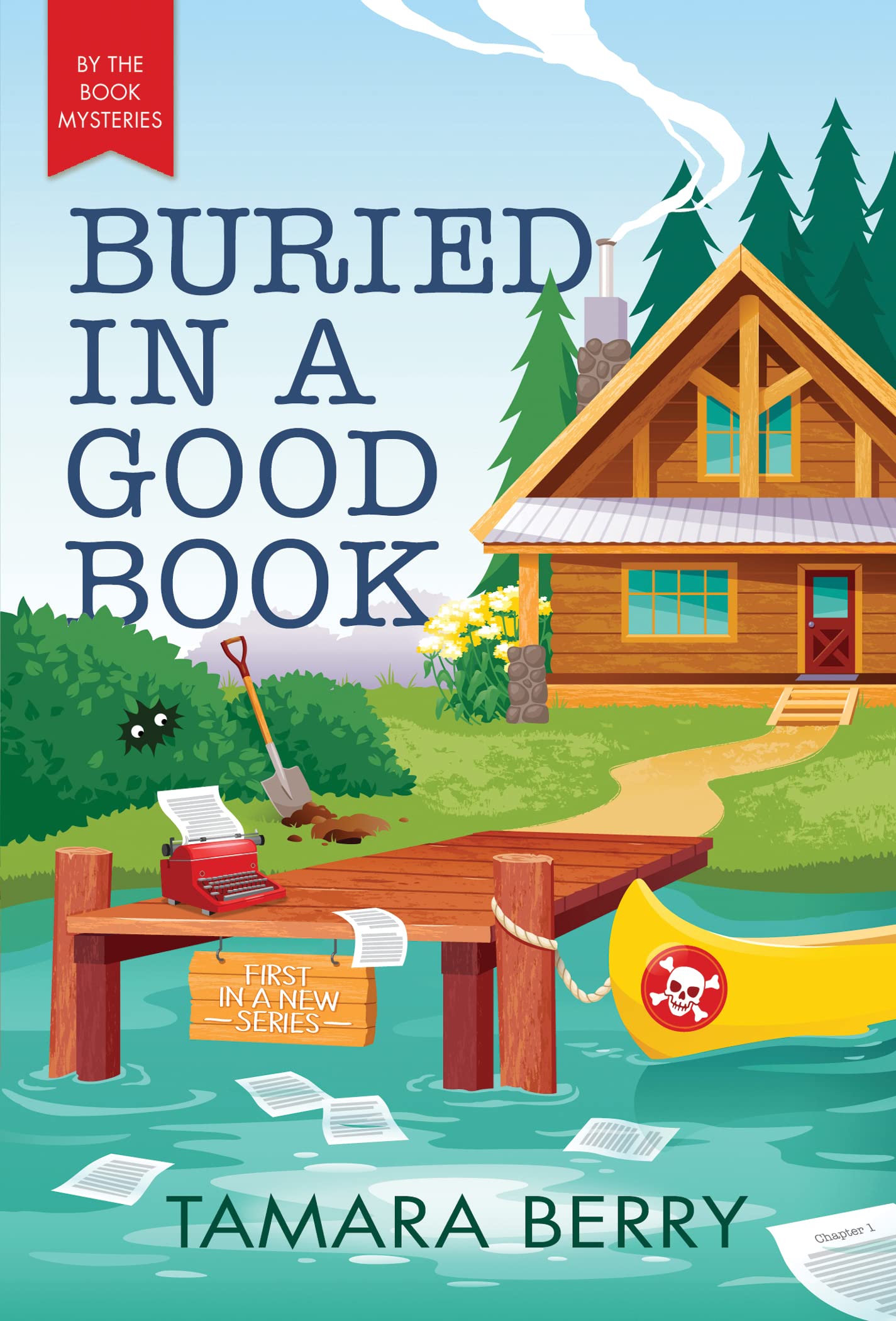 The premise of Tamara Berry's Buried in a Good Book is a bit meta: thriller writer Tess Harrow has headed to her grandfather’s cabin in the woods with her surly teen daughter, Gertie. The cabin has no electricity or running water and horror of horrors, no cell phone coverage, but Tess wants to get away to write and to get Gertie’s mind off the fact that her father has abandoned her. It’s a rough landing for the two women as they are greeted with the sound of mysterious explosions and shortly after, fish corpses as well as human body parts start raining from the sky.

That’s not exactly what you would call a cozy situation, but the natural, humorous voice of this author places her very comfortably in the cozy universe. As Tess tells her story to the sheriff, she’s struck (and here’s the meta part) by his resemblance to her series hero. As it turns out, he’s a fan of her books, but in person he finds Tess quickly becoming something of an annoyance in her unrelenting quest to discover the who and the why of the human arm that fell on her. While the small town is in the middle of nowhere, Berry populates the story with some interesting characters, including Nikki, an itinerant librarian, who drives a bookmobile all over the county.

There’s a good number of odd and almost-inexplicable happenings as things proceed, adding to the mysterious aspect of this story. For one, there’s some kind of bigfoot in the woods that the sheriff is obsessed with tracking down. There’s even a flight of toucans out there too. Ultimately, the weirdness gets serious when one of the deputies guarding Tess and Gertie disappears in the woods.

The story is a complex one with some pretty convincing red herrings. Berry is excellent at the nuances of character and human behavior. Despite her fame and writing skill, central character Tess is all too human as she struggles with Gertie, portrayed as a pretty believable teen with reason to be emotionally bruised. Tess operates with a combination of smarts, instinct, and memories, making her lurch toward the truth extremely relatable. Thankfully, she never makes the clichéd rush into the dark alone (though she still ends up in some dicey situations). This first in a series is truly original, funny, and well written. A real standout.