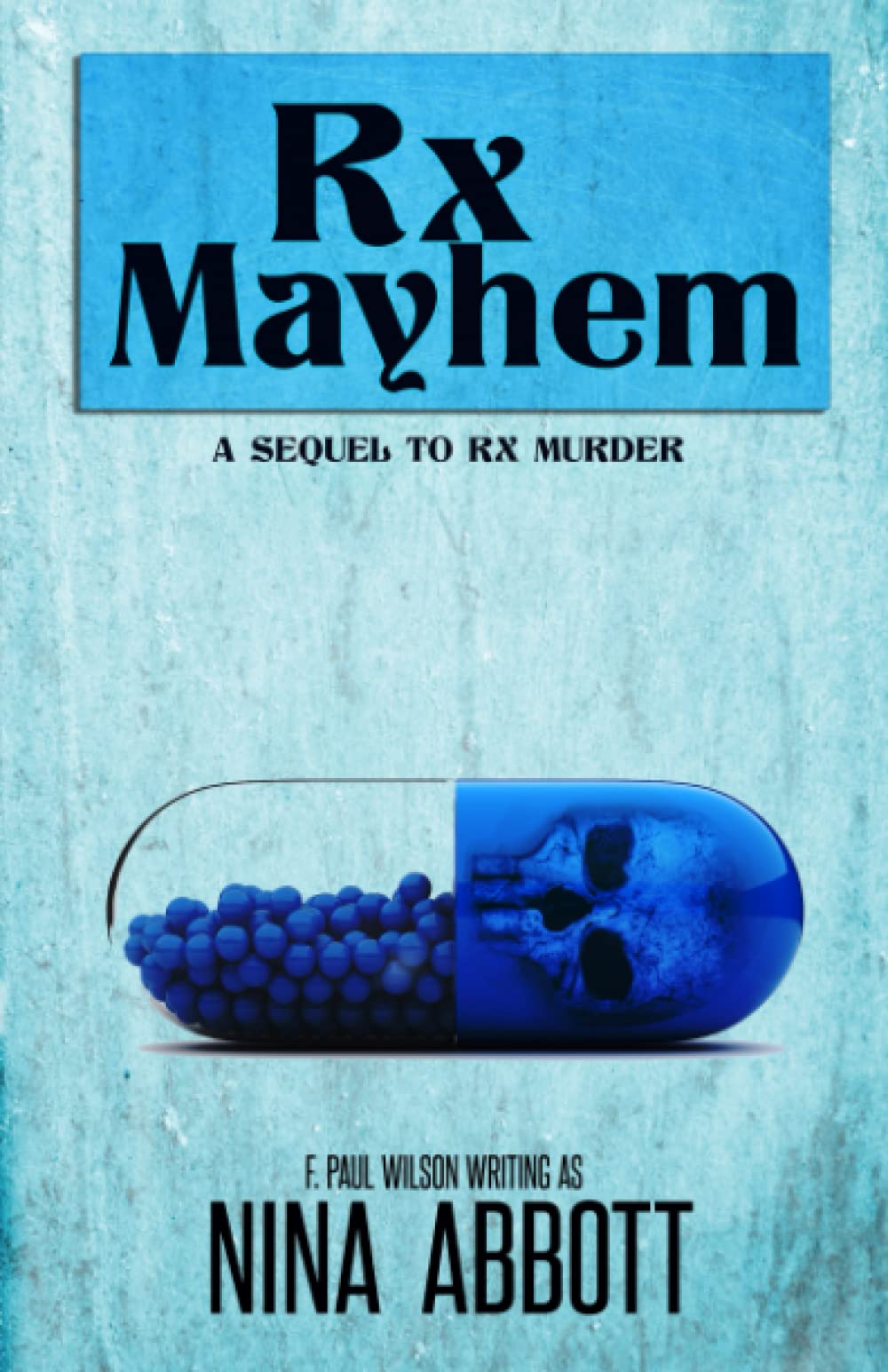 Rx Mayhem is the latest by F. Paul Wilson writing as Nina Abbott. (The author, accustomed to being relegated to the bottom of the thriller section, has a conspicuous habit of adopting pseudonyms at the other end of the alphabet, like Abbott, and, previously, Andrews.)

It begins mere hours after the conclusion of 2021’s Rx Murder, a welcome blend of thriller, mystery, murder, romance, and ghost story, featuring the appealing, angsty Noreen Marconi, MD. Here, the good doctor deals with the aftermath of the events of that novel and launches a personal investigation into the disappearance of her godfather, Corrado Piperno, at the behest of her father.

Did I mention that Noreen’s godfather disappeared some two decades prior, or that the request came from a dead man? Or, that you’ll gain some insights into small medical offices, malpractice suits, and big pharma along the way?

Well, you will, and you’ll have a good time doing it.