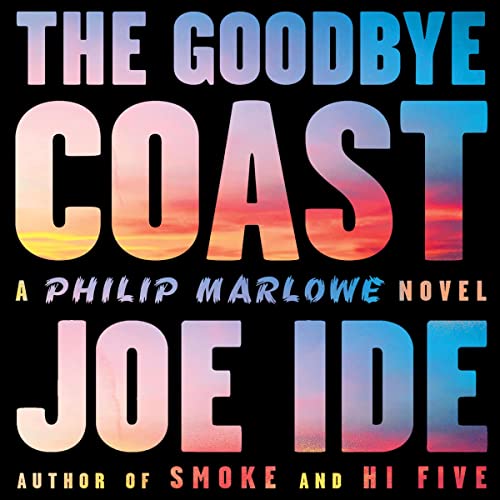 His reinvention of the sleuth finds Marlowe strolling the mean streets of today’s Los Angeles, bespoke-suited and brash, observed objectively rather than via first-person narrative. He’s assisted by his recently widowed, alcoholic, get-off-my-lawn father, an LAPD detective dismayed by his son’s failure to earn a badge. If all this doesn’t set your hair on fire, you’ll find a lot to enjoy in this hard-boiled, better-than-average private eye yarn.

Ide’s street-level view of 2022 Los Angeles is every bit as convincing as the Great Ray’s pre- and post-WWII take. The prose is fast and snappy and much of the dialogue has a Chandleresque touch. (Marlowe throwing shade: “Such a big heart. If you opened it, a moth would fly out.”) Even characters who initially seem stereotypical— the self-obsessed fading movie star; her entitled, way-beyond-OCD teen stepdaughter; and assorted Russian and Armenian thugs and villains—are presented in depth with quirky uniqueness.

The plot, as complex as Chandler’s if not more so, has Marlowe simultaneously working for the aforementioned actress whose aforementioned stepdaughter has gone wandering and an appealing British schoolteacher whose young son has been kidnapped by her ex-husband.

As both cases converge, sort of, reader Vikas Adam keeps the action and rat-a-tat dialogue flowing at the proper pace, while swiftly shifting attitudes and tones, from the angrily gruff Marlowe, senior, to the willful, ultra-spoiled stepdaughter to the wan yet seductive teacher to the snarling, thickly accented villains.

His Philip Marlowe, as scripted, is endowed with a glib tongue and the over-confidence and impatience of youth. If he sounds much closer in tone to Robert Crais’ breezier Elvis Cole than Chandler’s classically downbeat hero, is that really a bad thing?