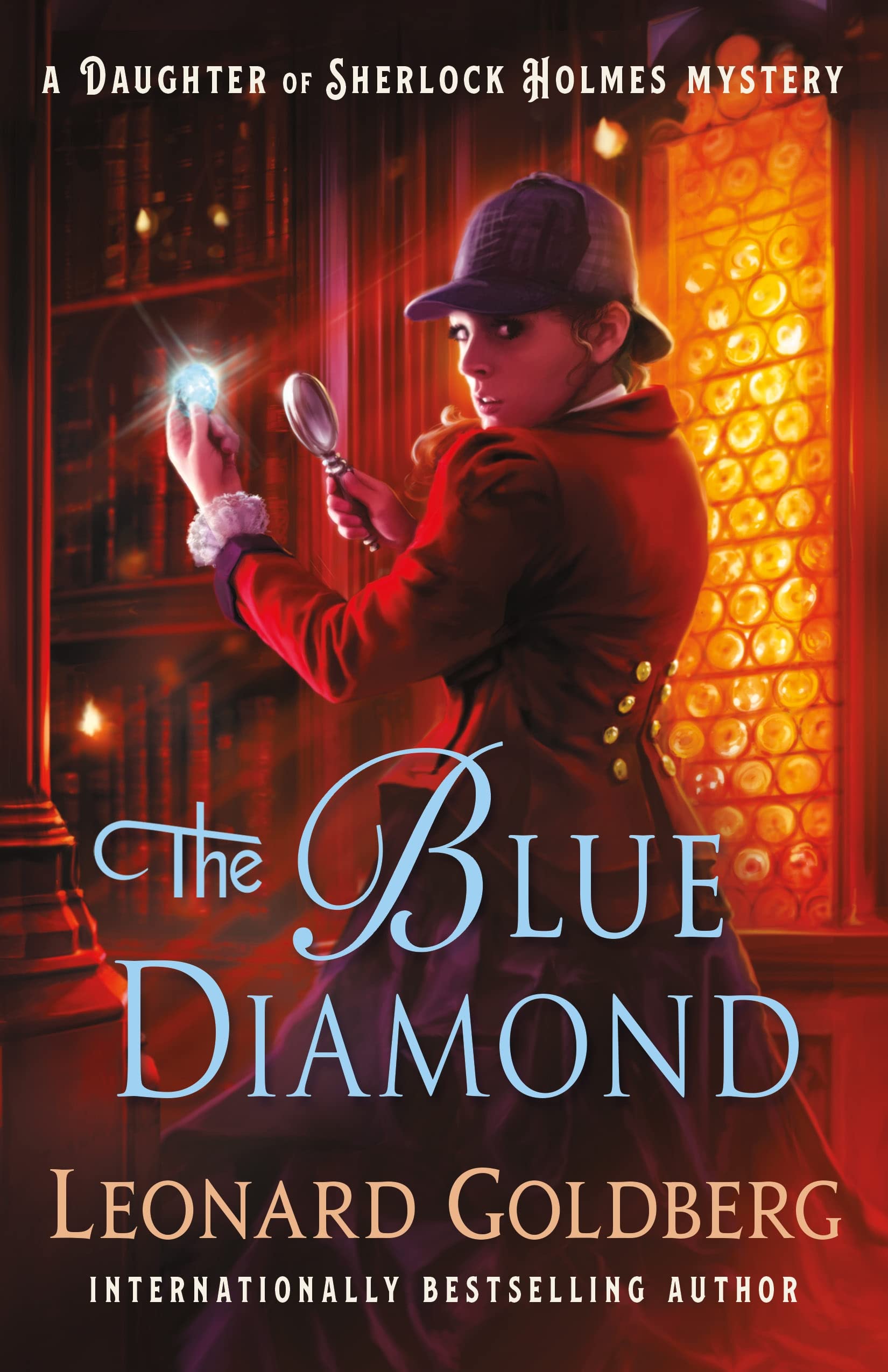 A series of brazen and mysterious thefts from high-end hotels serves as the catalyst for author Leonard Goldberg’s latest Daughter of Sherlock Holmes mystery The Blue Diamond.

It’s November 1917 and World War I is still blazing across the globe, but in London, a high-profile robbery has Joanna Holmes on the case. Scotland Yard is baffled as to how a thief stole a massive, uncut diamond from the room of the South African governor- general days before it was to be given as a gift to the King of England. It’s up to Joanna and both of the Watsons, her husband John, Jr. and the aging but still sharp-witted father-in-law John, Sr. (the former partner of The Great Detective himself), to figure out the locked-room mystery they’ve been dropped into.

However, when another theft occurs just days later in the same hotel and the hotel’s night manager is found dead, a simple case of robbery begins to reveal a more sinister plot in play. As Joanna grapples to figure out the criminal mastermind’s plan, she and her partners soon find themselves the target of assassination attempts. Someone really doesn’t want them to uncover the truth. Racing against time, betrayals, puzzling clues, and possible death, they have to unravel a conspiracy that will take them from London’s criminal underworld to the very heights of the British government in a case that could change the course of The Great War itself.

With The Blue Diamond, author Goldberg amply demonstrates once again just how compelling a figure Joanna Holmes has become. While her status as the offspring of Sherlock Holmes opens doors for her in a time when that wasn’t always the case for women, it is her own great intellect that helps her carve her own path. Aided and abetted by her husband and father-in-law, the daughter of Sherlock Holmes grabs the attention of readers and doesn’t let you go until the mystery is solved.

Simply put, this series is one of the best continuations of the Sherlock mythos that one could hope for.