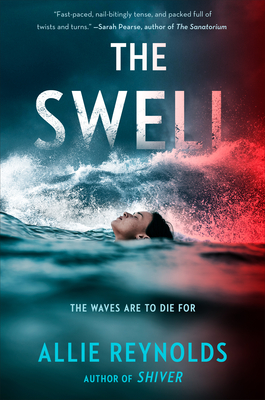 Kenna Ward’s friend, Mikki, is engaged to be married, but when Kenna meets her fiancé, she worries Mikki is making a mistake. She impulsively accompanies them on a trip to ahidden Australian beach, Sorrow Bay, where the couple lives off the beaten path with a group of close-knit surfers called the Tribe. Made up of people who, for various reasons, chose to disconnect from society, the Tribe is standoffish with Kenna at first. But as they gradually warm up to her, Kenna becomes suspicious that something strange is going on.

Some of the Tribe seem to be hiding something, especially Clemente, a Spanish surfer who is guarded about his past, and Ryan, who keeps himself aloof even among the Tribe. There are also reports of missing backpackers nearby and Kenna becomes alarmed upon learning about Elke, a former member of the Tribe, who disappeared without a trace. As a cyclone bears down on Sorrow Bay, startling revelations come to the forefront, and Kenna begins to wonder if she’ll make it out of Sorrow Bay alive.

Author Allie Reynolds creates a memorable setting and a vivid cast of characters in her suspenseful mystery The Swell. From tough-as-nails Sky, the leader of the Tribe, to Kenna's friend Mikki, the dynamics and rivalries among the group add to the plotline, as the reader untangles the threads along with Kenna. Surfing is a major component of this book, of which the author clearly has firsthand knowledge. Also prevalent are themes of self-growth and facing one’s fears directly. The Swell is a well-written, sinister thriller that engages the reader with tantalizing questions that gradually leads them to the dark, frightening truth about the people living in Sorrow Bay. Eerie and unnerving, The Swell stands out as a complex story involving deception, obsession, and cold-blooded murder.