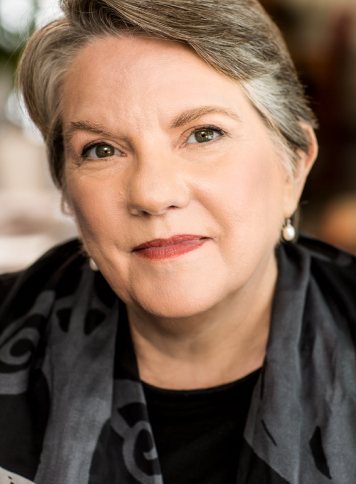 "My original idea for a book set on Norton Island was to make it like Agatha Christie’s masterpiece... but I’m not sure I have the detachment and brutal cunning..."

Carol Goodman has been writing intelligent and often very scary novels of suspense that take a deep dive into character for more than two decades now. The two-time Mary Higgins Clark Award winner's latest, The Disinvited Guest, is set on a remote Maine island during a second COVID pandemic as a group of friends quarantine together. Much like in Agatha Christie’s And Then There Were None, the body count is high and the storytelling is spectacular.

Robin Agnew for Mystery Scene: The Disinvited Guest imagines that we came through a first COVID pandemic only to be hit by another. How did you decide to make that part of your storyline? Were there problems (or perks) of setting a book very slightly in the future?

Carol : Admittedly it was a rather strange idea! It was at the beginning of the pandemic and I felt overwhelmed by what was happening around me, especially to my college students and my daughters and their friends. I found myself wondering how the pandemic would affect the course of their lives. I also felt compelled to write something that made use of what I was seeing and feeling, so somehow I came up with the idea of setting the story in the future. The book circles back to events that occurred during the 2020 pandemic, so I was, in effect, still writing about what was happening around me. Looking back, the strangest assumption I made was that “our” pandemic would end, while now it seems to me that it might well still be with us in some form or another. I suppose that’s the biggest problem of setting something in the future—assuming you know what will happen in between.

In all of your books, many set in New York, setting is a giant part of the story and really seems to shape the tale you are telling. This book takes place on Fever Island, a fictitious, remote place in Maine. Is it based on a place you are familiar with?

Oh yes! In the summer of 2019, I was lucky enough to attend a writer’s retreat on Norton Island off the coast of Maine sponsored by Eastern Frontier and hosted by a wonderfully generous patron of the arts, Steven Dunn. There was nothing on the island but the retreat and it was remote, rugged, and beautiful. I was thinking of writing something set on the island—an Agatha Christie-ish mystery—but I wasn’t satisfied with what I’d written and I put it aside. When the pandemic hit, I thought about what it would be like to shelter at someplace like Norton Island and what problems my cast of characters would run into there. 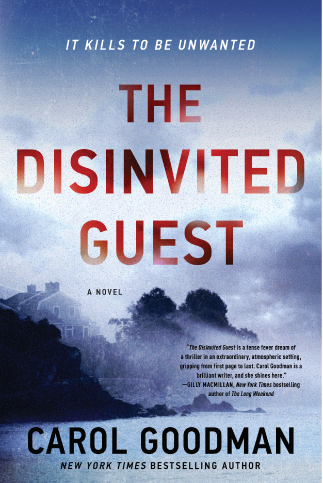 I love the history and folklore you include in your books. Is that the jumping off point for you? What kind of research did you do for this particular book?

I love history and folklore, too, obviously. While those weren’t the jumping off points (the pandemic and the island setting were), like many people, I was drawn to reading about past pandemics to try to understand what we were going through. I came across a reference to a quarantine island off the coast of Maine where the famine ships from Ireland were forced to stop. I thought that would be an interesting bit of history to give “my” island. Once I had the Irish framework, I started thinking about the folklore that those refugees would bring with them to the island. Mix in some colonial witchcraft and I had a lot of great threads to explore.

Many of your books combine running parallel narratives, one past and one present. How do you maintain interest for the reader in each storyline?

[It's] always a challenge. I try to weave connections between the two storylines so that the reader feels that they’re learning about the present through the past and vice versa. And also, quite frankly, I try to make the past parts a little shorter just in case readers are impatient with them.

I love a map and this book has a great one. How did you work with the artist to decide where everything would be? Is a map something you had in your mind as you wrote?

Someone made me a hand drawn map my first night on Norton Island… It has some of the rough contours of the final map of Fever Island. I wanted to give that feeling of traversing a landscape with only a rough map to go by. I drew my own very rough version of the Fever Island map so I could keep track of my characters’ journeys around the island. And then, I asked my daughter, Maggie Vicknair, who’s a very talented artist, to draw a better version of the map. We went back and forth with several rough drafts as she drew and I described. My editor also had some queries and notes that Maggie responded to. I’m so thrilled that her work is in the book!

How present in your mind was Agatha Christie’s And Then There Were None as you told your story?

Very present! As I mentioned, my original idea for a book set on Norton Island was to make it like Agatha Christie’s masterpiece. I reread it when I was on the island and reread it again when I started writing my book. I’d have loved to write something very much like it, but when I tried, I found that I didn’t really have the voice for a book like that. I’m not sure I have the detachment and brutal cunning that Christie had. What I did try to take from it was that feeling of being trapped in a limited space and the suspicions that would arise from knowing that someone in your known circle could be a killer.

Your characters are often in their late twenties to early thirties, a time in life when you know sort of where you are going, but maybe aren’t quite there yet. What calls to you when writing about this age?

I’ve written about characters who are older, but quite frankly there’s a limit to how old a character you can write in commercial fiction (or so I’ve been told). I’m not really happy about this restriction and have found some stealthy ways to include older characters in some of my other books—The Night Visitors, for instance, and The Stranger Behind You—in which there are dual narratives that represent younger and older characters. I do like writing about younger characters, too, though, and in this book I was especially interested in how young people would be affected by the pandemic. We’re so shaped by our college years; I can’t help but think about how this generation will be marked by having their education halted during the pandemic.

What makes you happy when you sit down to write every day?

Such a good question! First of all, I have to admit that as grateful as I am to sit down to write (nearly) every day, I also often have a little feeling of dread at the beginning, like the shiver you might have turning on a scary movie. I think it’s a combination of fear that I won’t be able to write and fear of what might come out as I do write. I’ve gotten so used to it that I just acknowledge it (Why hello, Dread, how are you today?) and move on. Some time later—sometimes a matter of minutes but sometimes hours—I’ll come to a moment where I’ll suddenly see the work, or a character in the work, in a whole new way and I’ll see clearly what happens next and what it all means. That’s what makes me happy.

What book was a transformational read for you as a reader or as a writer?

There were many, but I remember very clearly reading Jane Eyre when I was about 13 and loving how angry she was at the beginning. It made me realize that you could write about things that made you angry and that the story of a woman’s journey through life was a worthy subject to write about.

And what’s next? What can readers look forward to?

I’m just finishing the edits on an academic thriller. I guess I wasn’t done with college students quite yet! This one is set in the present, at a college on the edge of the Catskill Mountains near some scary ice caves, and takes place over the winter break at the 25th commemoration of the death of a college professor.

Carol Goodman is the author of 24 novels, including The Widow’s House and The Night Visitors, which both won the Mary Higgins Clark Award. Her books have been translated into 16 languages. She lives in the Hudson Valley with her family and teaches at the New School and SUNY New Paltz.