Books
The Deal Goes Down 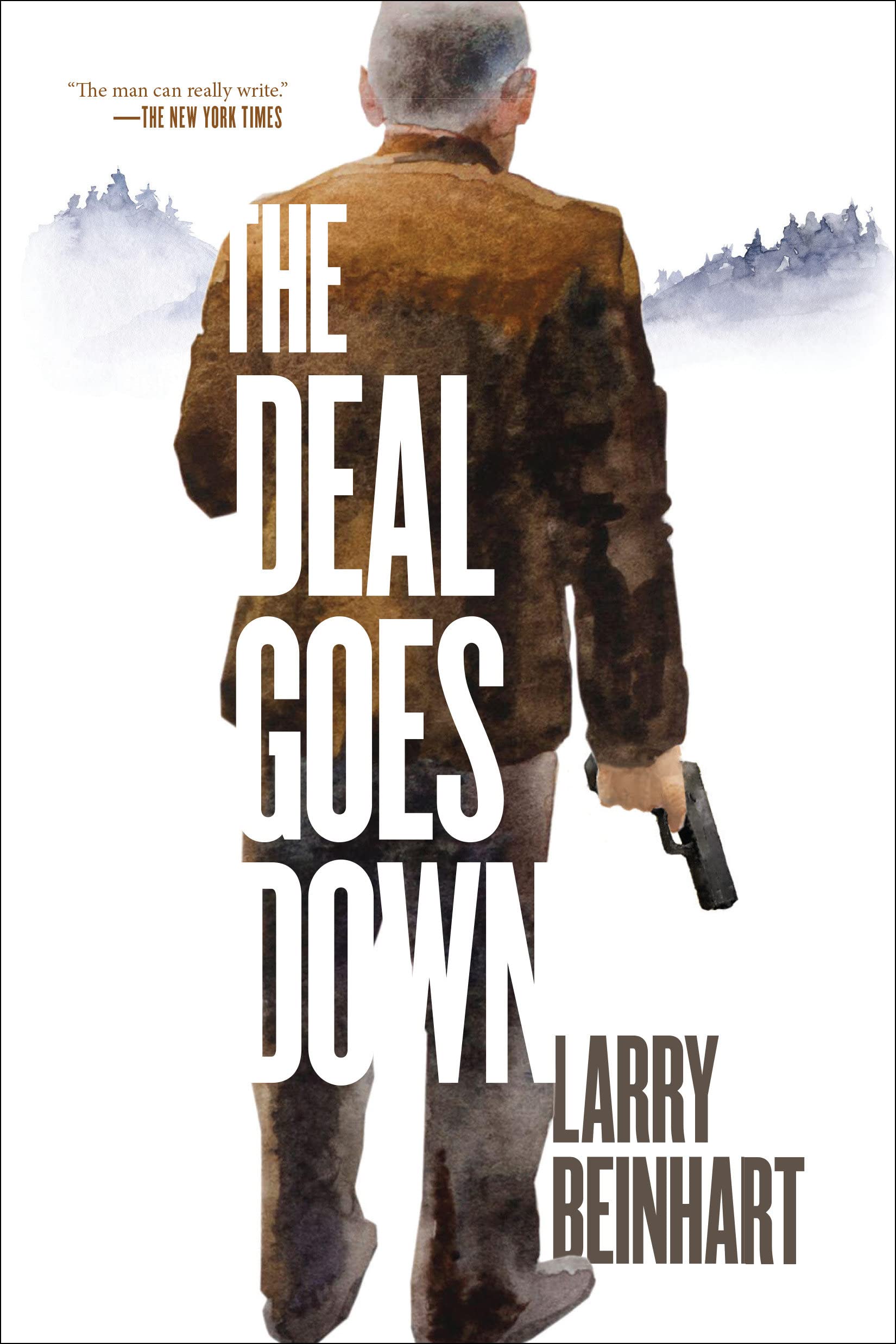 Larry Beinhart’s elbows-out private eye Tony Casella (last seen over 20 years ago!) has always had a rather flexible set of ethics. Also rather portable, with exploits carrying him through “half a law degree from Yale,” the police academy, the corrections department, a stint as a Brooklyn-based gumshoe, and several years as an expat laundromat owner in the Swiss Alps (it’s complicated).

Pretty appropriate then, considering Beinhart is probably best known for penning the screenplay for Wag the Dog, the 1997 Clinton-era satire about assorted (and sordid) political “complications.”

Similar complications also rear their ugly heads in this fourth series entry, although it begins in an almost bucolic mood, with seventy-something Tony retired, long out of the shamus game and living in a ramshackle cabin at the very end of a dirt road somewhere up near Woodstock, New York. He’s very much the lion in winter, alone and still mourning the loss of his wife and son. It’s not dark yet, but it’s getting there.

Then, on the Amtrak to New York City to attend a funeral of “another old friend gone,” he strikes up a seemingly random bar car conversation with wealthy and “reasonably attractive woman,” Maddie McMunchun, who Tony dutifully notes, “didn’t start out asking (me) to kill her husband.”

But eventually she’s making him an offer he can’t refuse, and Tony, much to his surprise (and certainly mine) agrees. The fact that his cabin is “36 hours from foreclosure” is an explanation, not an excuse, Tony assures us—although he himself doesn’t seem 100% convinced.

Beinhart has always been good at twists in character and plot and he has a gift for smart-ass observations and off-piste details, like noticing that the satin liner of an open casket was “glittering like a fishing lure.” Either you get it, or you don’t. But perhaps the most notable conceit (beyond the whole hero-agrees-to-kill-someone thing) is Beinhart’s decision to write himself into the narrative, as a casual acquaintance of Tony’s whom he keeps running into, and later seeks advice from.

Lord knows, Tony needs help from someone. He shows considerable savvy for a first-time hit man, at least initially, and he ruefully admits that “the idea of murder for money had made (him) come alive,” but the poor sap doesn’t even seem to notice the slick trap he’s waltzed into.

Complications ensue and wild characters abound, including an obnoxious Russian oligarch, a bookworm hooker who can pass for 14, and a painfully woke lawyer with dubious ambitions, in this defiantly off-kilter tale, deliciously laced with conspiratorial paranoia, slippery moral slopes, and humor of the darkest sort. A heady brew well worth savoring.

But don’t leave your glass unattended…