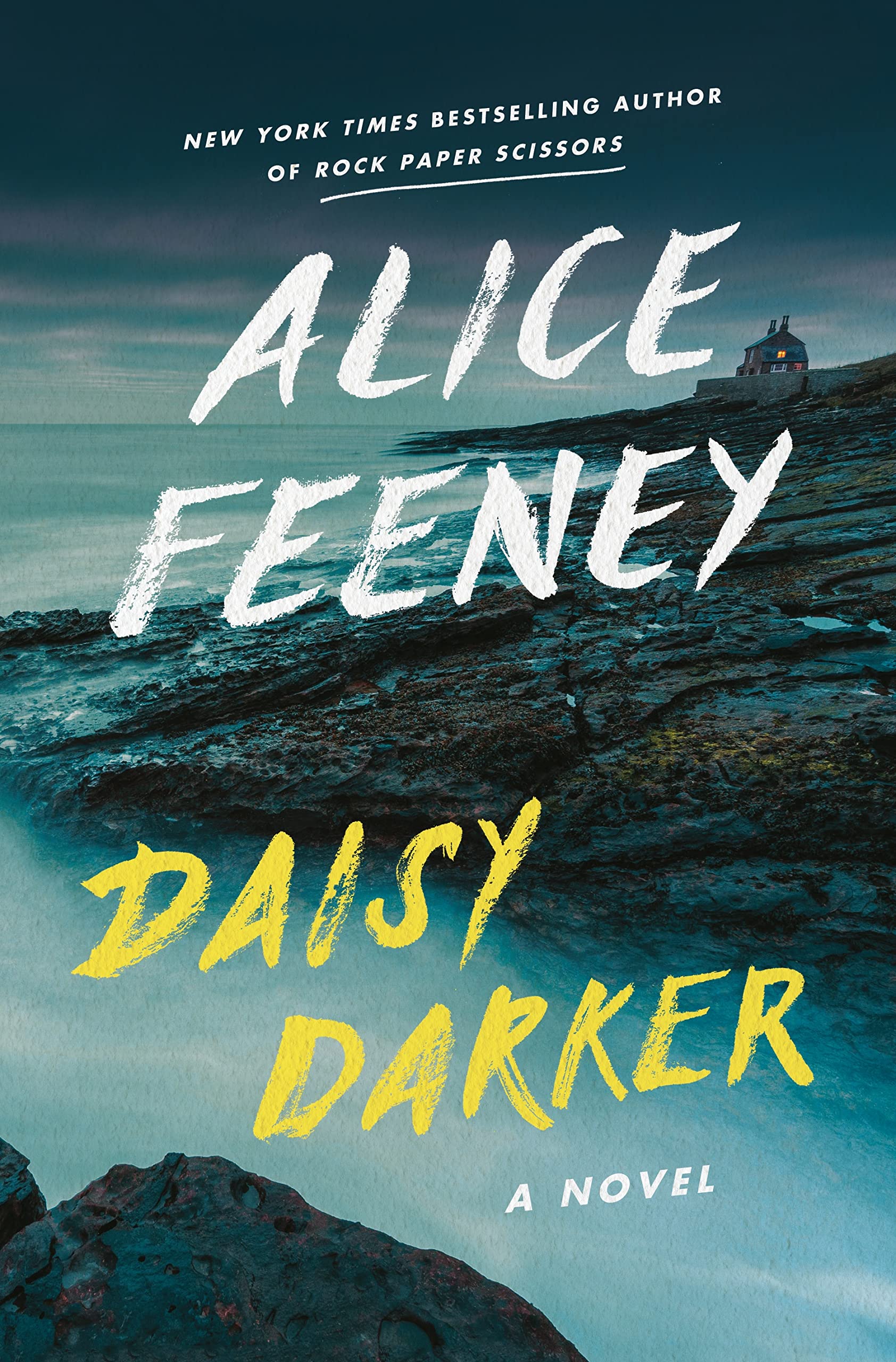 It’s revenge with a vengeance during a stormy, dreary Halloween Eve in Alice Feeney’s engrossing suspense thriller Daisy Darker, a tale with a large dose of Agatha Christie, a dash of Stephen King, and a smidgen of Edgar Allan Poe.

When the dysfunctional Darker family gathers for matriarch Nana’s 80th birthday party at Seaglass, her isolated Victorian home situated on a private island off England’s Cornish coast where it is accessible only at low tide, death visits on the hour, each crime marked by Nana’s hallway of clocks—80 of them that chime and cuckoo at the same time.

A palm reader at a fair in Land’s End once told Nana (aka Beatrice Darker) she would not live beyond 80, so she has invited her son Frank, his ex-wife Nancy (together jokingly referred to as the Sinatras), their daughters Rose, Lily, and Daisy, and granddaughter Trixie for the last hurrah.

She has also asked blonde, blue-eyed Conor Kennedy, a childhood neighbor whom the daughters once had crushes on and who is now a BBC crime correspondent, to join the celebration. No one wants to be there, but they are all living off the royalties of Nana’s international bestselling children’s book Daisy Darker’s Little Secret, and dutifully attend.

The mood darkens further after Nana unexpectedly reads her bombshell of a last will and testament. She leaves her son the clocks (to remind him to use his time wisely), and a drinks trolley goes to heavy drinker Nancy. Rose gets unpublished artwork and brushes (to “paint a happier future for yourself”), a collection of mirrors goes to Lily (“in hope that you might see what you’ve become”), and a “sizeable sum” for favorite charities goes to Daisy. She leaves the biggest bequest for last. Nana inherited Seaglass from her mother, whose dying wish was that the house “would always belong to women.” Nana surprisingly bypasses her daughters and leaves it to Trixie.

That’s at 9:45 pm. By midnight, Trixie discovers Nana (shades of Clue) bludgeoned in the kitchen. A terrifying rhyme predicting future deaths has replaced recipes and sketches on the kitchen’s chalkboard wall. Successive family members are unceremoniously poisoned and shot (in the music room, the garden, the lounge) as the tide slowly rolls out.

During those murderous hours, more secrets are exposed, some through a series of old home movies on VHS tapes with imperative notes to “WATCH ME. HEAR ME. NOTICE ME. SEE ME.” Motives for past grievances are revealed; seems grief, jealousy, and guilt can last a lifetime. Before it’s all neatly tied up in red ribbons and everything is revealed, including the shocking truth about what happened on a “night to remember,” Alice Feeney delivers an atmospherically cinematic novel where almost nothing is what it seems and that fans of authors like Anita Shreve, Sarah Pinborough, and Louise Candlish will relish as they fiendishly delight in the fall of the House of Darker.