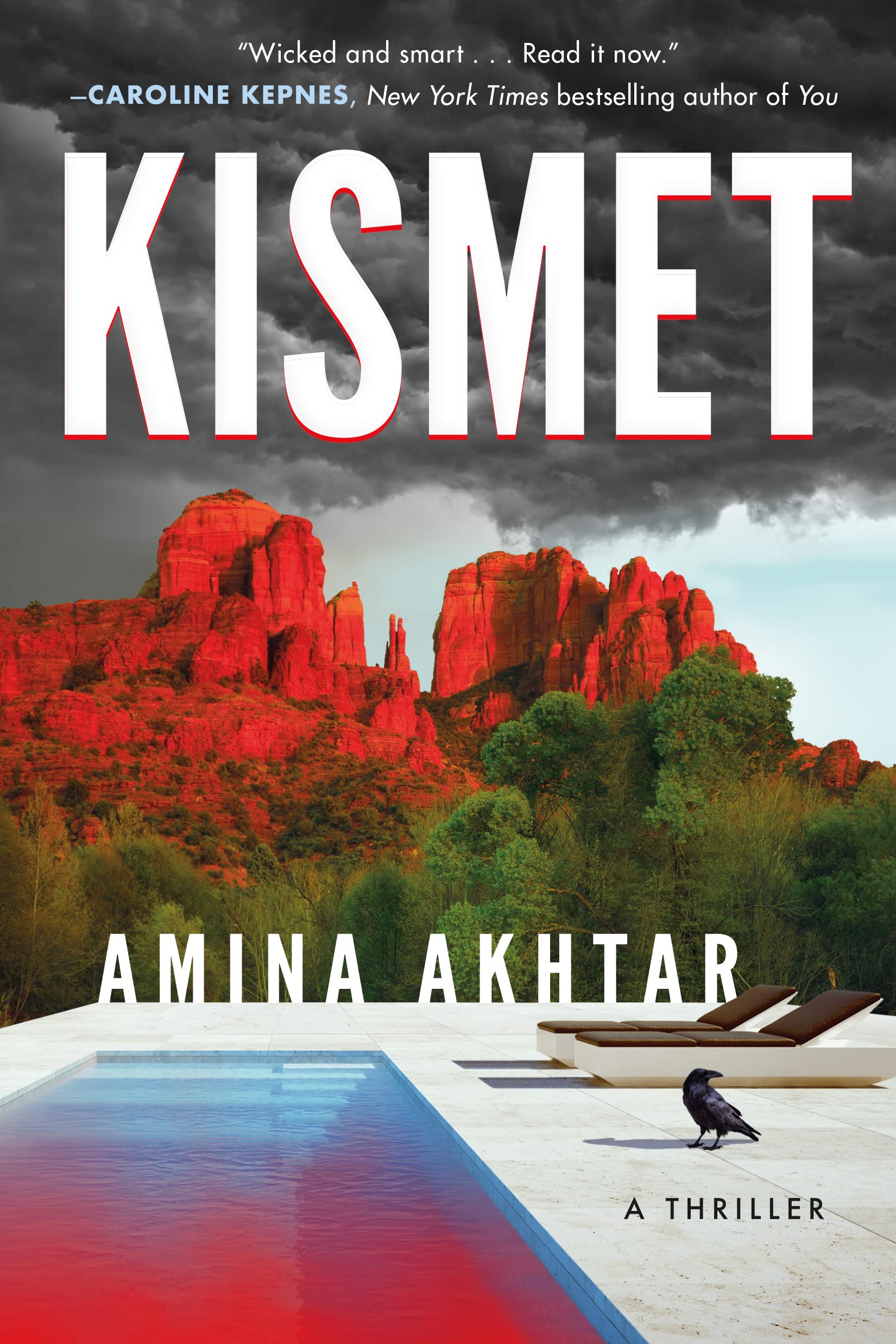 When lifelong Queens, New York, resident Ronnie “Rania” Khan, of Pakistani descent, leaves her abusive and controlling Auntie Shehaam Khala for the deserts of the Southwest with her new BFF Marley Dewhurst, little does she realize that she could be trading one toxic relationship for another.

Marley, who fashions herself a healer goddess, paints an imagined, blissful world of hikes, smoothies, and “adaptogens” (in short, plants and mushrooms that “help the body respond to stress, anxiety, fatigue, and overall well-being”—the stuff of Sedona). But Ronnie and Marley have barely begun their first early morning hike near the landmark sandstone arch known as Devil’s Bridge, when they stumble upon a severed head (and it’s not the last bodily remains they will encounter). Paradise quickly mutates into a threatening nest of rattlesnakes, scorpions, javelinas, spiders, and a conspiracy of ravens.

The first red flag are those ravens. Occupants also in Ronnie’s nightmares, the birds’ cacophonous community chorus functions as prophetic voice, alerting her to upcoming murders.

But they aren’t the only strange birds in Kismet.

There’s also twin sisters Brit and Star, who own BritStar Crystals, a gathering spot for townies and tourists seeking comfort and confirmation through tarot readings and calming gemstones. They offer a budding friendship to Ronnie that leads her to work in their shop.

Then there’s the titular Kismet Center itself, a “one-stop wellness-o-rama place” that Marley agonizingly wants to be part of. She desperately seeks the good graces of its founder, Lorraine.

Fate and destiny—as the title suggests—may have brought Ronnie and Marley to Sedona, but gruesome serial murders motivated by jealousy, betrayal, revenge, and long-buried secrets will determine the arc of their blood-soaked friendship. No one will go untouched by the evil that lurks in the supposedly tranquil but terrifying beauty of the desert.

Astute readers may have whodunit all figured out before the revelatory conclusion, but Kismet is an entertaining tale that should appeal to fans of writers such as Liane Moriarty and Stephanie Wrobel.