Books
The Life of Crime: Detecting the History of Mysteries and Their Creators 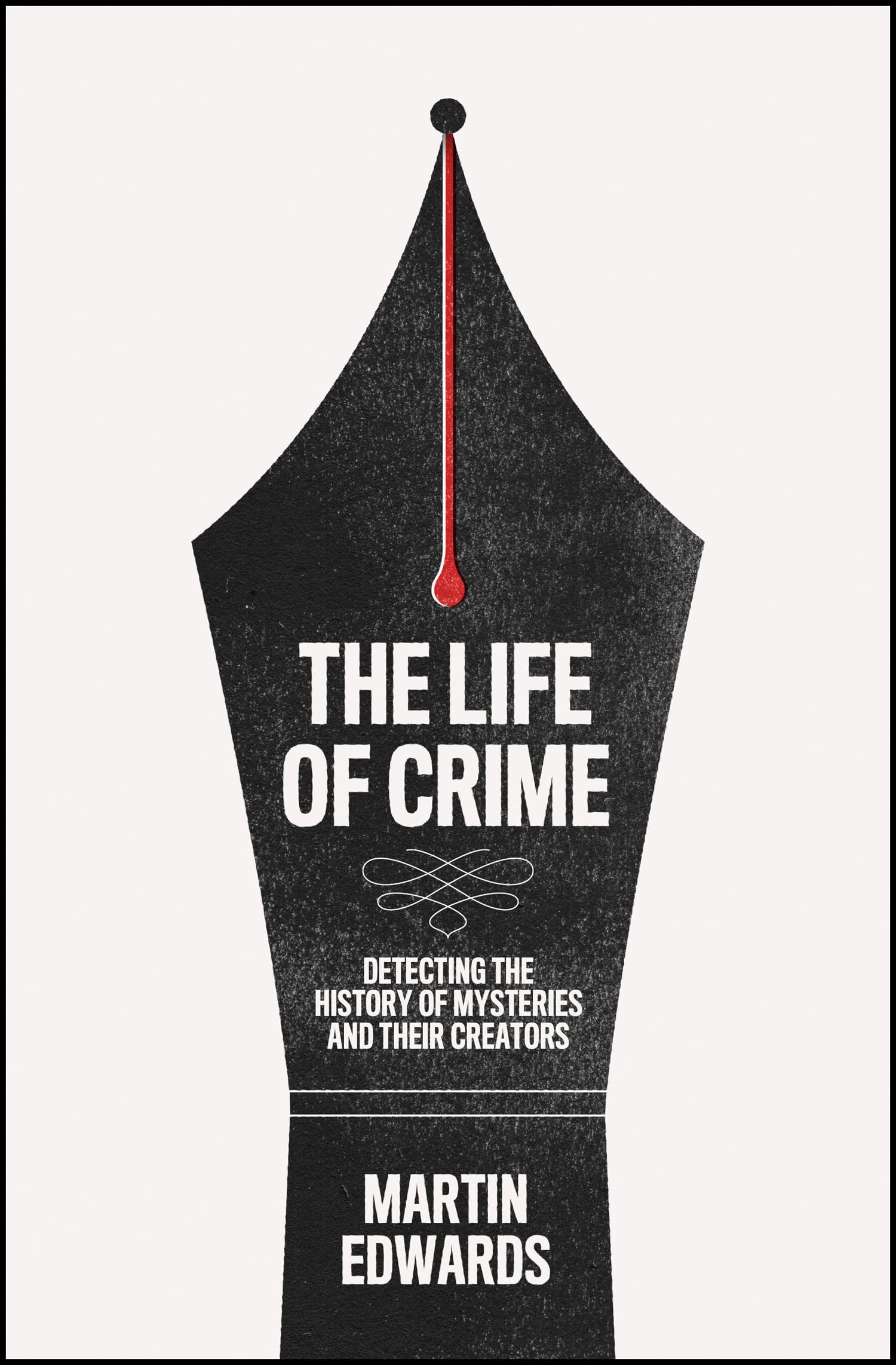 Curious about the history of mysteries and the folks who write them? You could take a master class that spans months and costs serious bucks. Or, you could buy Martin Edwards’ latest genre compendium and curl up with it on your sofa. But do so with care...the book weighs in at 2.6 pounds.

In The Life of Crime: Detecting the History of Mysteries and Their Creators (724 pages), Edwards gives the reader the full monty with his authoritative, eye-opening, and entertaining opus. He is well-qualified to do so, as the archivist of the Crime Writers’ Association, president of the Detection Club, and author of titles including the hefty The Golden Age of Murder: The Mystery of the Writers Who Invented the Modern Detective Story (2015).

Comprised of 55 chapters with endnotes, the final 100 pages devoted to bibliography and indexes, The Life of Crime scrutinizes the genre through changing eras, subgenres, and specific writers.

Citing novelist-critic Julian Symon’s 50-plus year-old Mortal Consequences: A History From the Detective Story to the Crime Novel as impetus for this project, Edwards utilizes what he calls “novelistic techniques”—accessible rather than scholarly writing—to chart the genre’s story. Chapters begin with a tantalizing anecdote, which leads to an examination of topic. Many names and claims to fame will resonate with genre enthusiasts. Just as many will surprise.

What was the first book about a manhunt? Long before John Buchan’s masterful The Thirty-Nine Steps (1915) there was Things as They Are: The Adventures of Caleb Williams, written by William Godwin in…1794. Oh, Godwin gave the genre another benchmark when he and his wife, the pioneering feminist Mary Wollstonecraft, produced daughter Mary, who would go on to pen Frankenstein. Readers of Ruth Rendell will be glad to hear that, as a fledgling journalist, she faked her attendance at an event she was assigned to cover. Writing the piece as if she’d been there, she was unaware the guest speaker had dropped dead at the gathering. Fired from her job, she decided to write a mystery. A chapter on genre rogues gives a nod to Arthur Conan Doyle’s brother-in-law, E.W. Hornung, creator of the debonair A.J. Raffles, cricketer by day, burglar by night.

Naturally, Doyle’s Great Detective gets his own chapter and other usual suspects—among them, Christie, Highsmith, Hammett, and Chandler—are also prominently featured.

But there are also accolades for the offbeat. Like the scientific mysteries of R. Austin Freeman, who personally tested his assorted theories. And how about Astrogen Kerby, aka Astro, the psychic and charlatan who solves crimes in the anonymously published 1912 short story collection The Master of Mysteries? A cipher within the book identified the author as Gelett Burgess who, per an endnote, is credited with originating the term, “blurb.” Yes, some of the book’s details are deliciously arcane.

Edwards doesn’t neglect the challenges of early female crime writers, some of whom felt it necessary to utilize male pseudonyms or gender-neutral monikers. Discussing genre diversity, Edwards charts the talents and turbulent personal life of Black writer Chester Himes, moving on to the impact wielded by the black-Jewish Walter Mosley, and his PI, Ezekiel “Easy” Rawlins. The pros and cons of various Asian crime-fighters are also explored, and props given to the first gay detective.

I could go on and on...about the book’s coverage of Scandinavian crime, noir (and more noir), domestic suspense, psychological suspense, police procedurals, even my personal favorite, Ross Macdonald. But if I continued it would become a master class, and I’d have to charge tuition. Get this book instead. It’s an essential for mystery lovers.