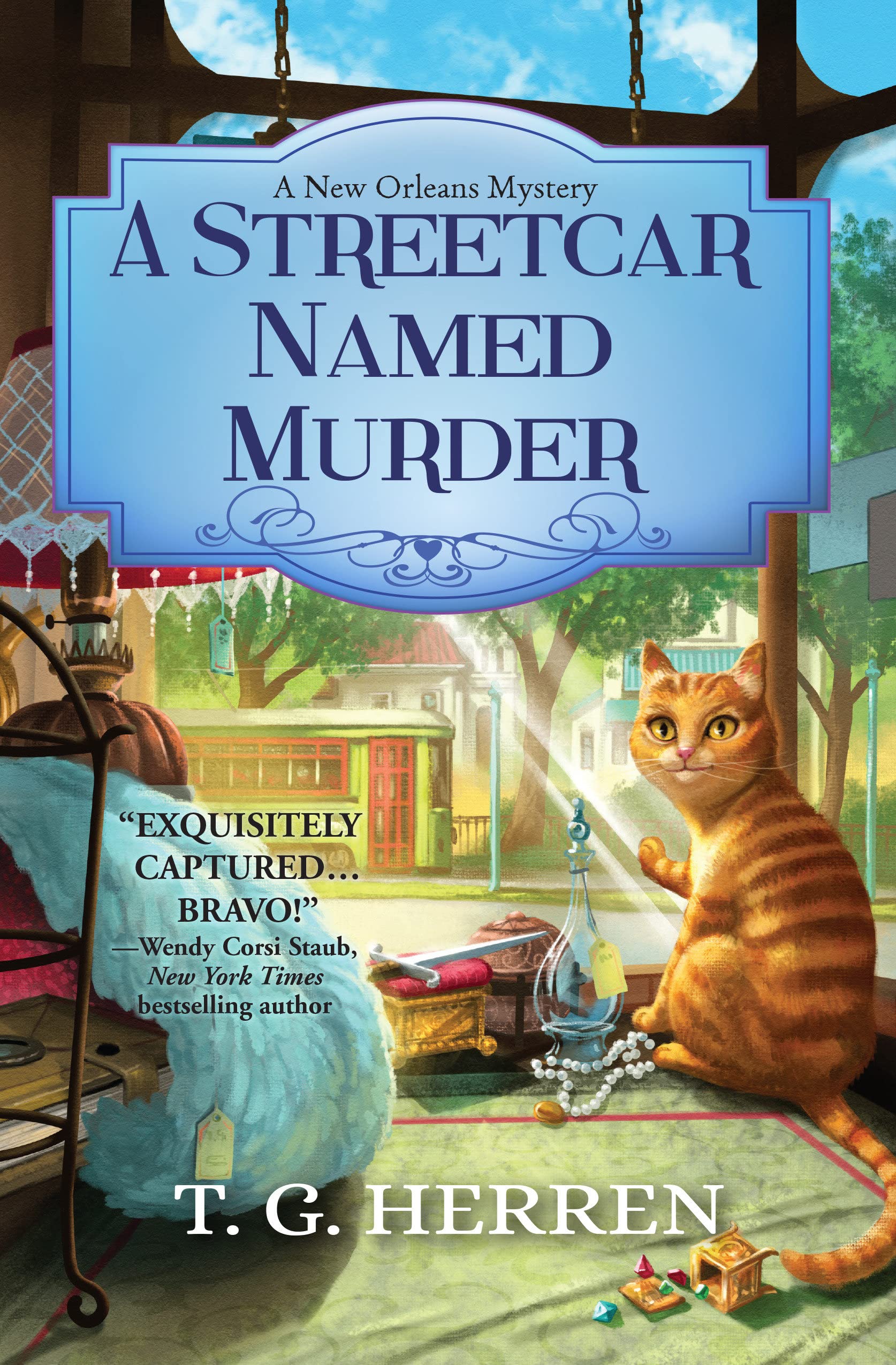 Single mom and widow Valerie Cooper finds herself at loose ends when her twin boys head off to Louisiana State University. Relying on friends to keep her balanced, she spends her days rambling around her big (and now too quiet) Irish Channel antebellum house.

When she receives an inheritance from her late husband’s uncle that includes part ownership in an upscale New Orleans antiques shop, it’s a prayer answered: a new purpose and income for home upkeep. Plus, it’s a way to get rid of pesky real estate agent Collete Monaghan who’s suddenly interested in selling Valerie’s home. Curious to learn more about her mysterious benefactor, Valerie begins to look into her inheritance—but asking questions proves dangerous, even deadly.

While A Streetcar Named Murder is the first novel from “T. G. Herren,” the New Orleans- based author has written dozens of books as Greg Herren and Todd Gregory—and it shows. Herren’s handling of the quick moving and brilliantly constructed story is exceptional and his knowledge of New Orleans history distant and recent is evident, and his use of real places and events are a delightful armchair tour of The Big Easy.

Valerie is likable and relatable and together with her friend Lorna the two steal the show. Fans of strong women protagonists and New Orleans will love this series debut.