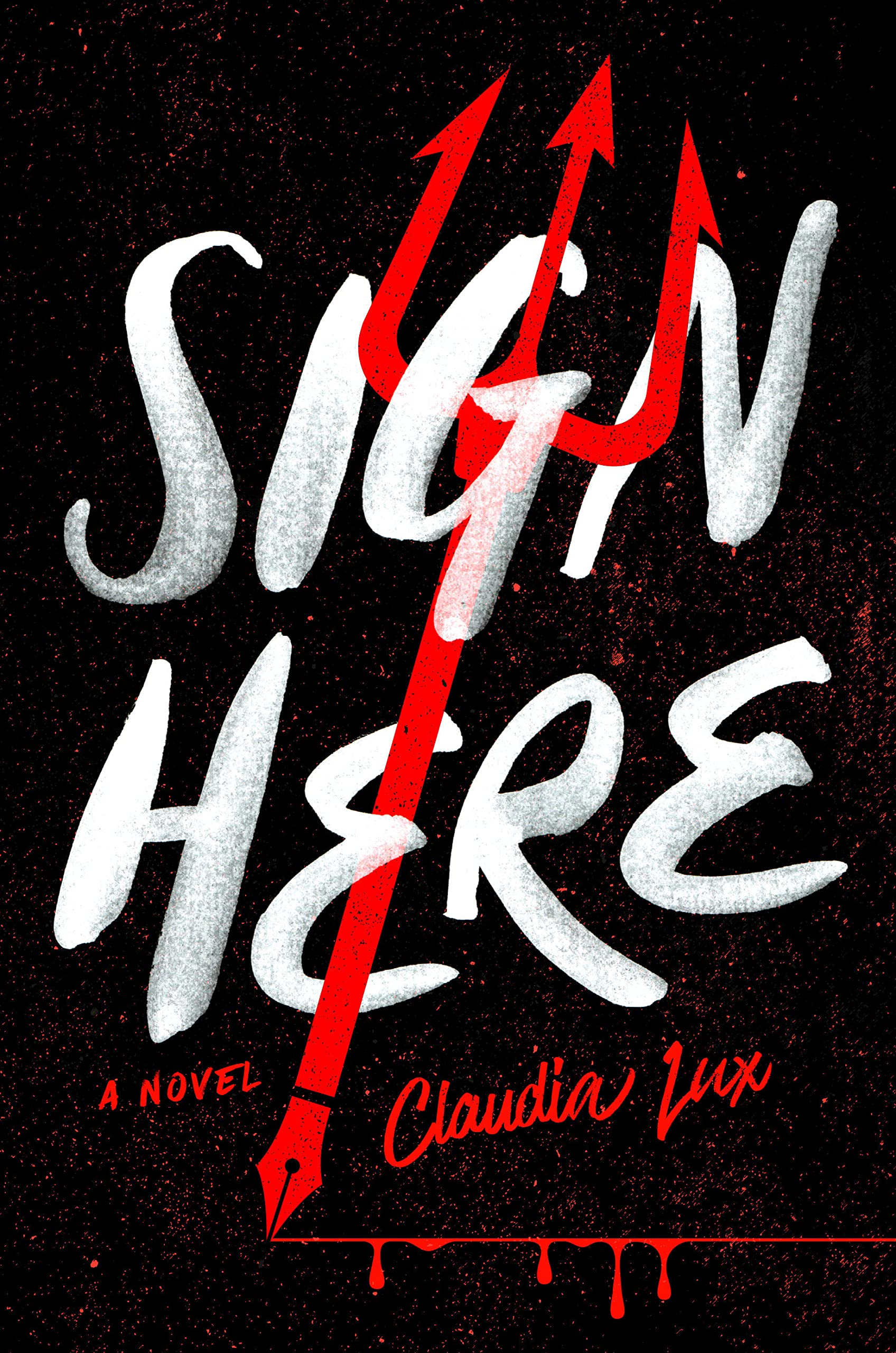 Peyote Trip works in Hell, literally, for the Deals Department, which is tasked with answering the calls of humans who want to sell their souls in exchange for something they can’t live without—whether fame, riches, health for themselves or others, or answers to unsolved questions. He only needs to get one more member of the Harrison family to sell their soul before he’ll be returned to Earth alive; but of course, being Hell, there’s a catch.

Not only has Peyote been saddled with a new partner, Calamity, who may or may not be trustworthy, but he also has to watch as the Harrisons head down their own road to disaster, which could preclude any chance of his snatching one of their coveted souls.

Dark, funny, horrifying, and occasionally uplifting, Sign Here follows two separate tracks that twist and turn, showcasing Peyote and Calamity’s life in Hell, and the Harrisons’ experiences as they summer in New Hampshire. In Claudia Lux’s debut novel, the author successfully inspires reader empathy for Hell’s dealmakers, while never hiding the horror of their jobs. And though the Harrisons seems perfect on the outside, Lux slowly unveils what lies beneath, including an ugly history of marital infidelity, misogyny, and even murder.

As secrets are exposed and sins are shared, it is difficult at times to determine who should be in Hell and who should not—especially when the answers about a decades-old murder finally come to light. Whether the reader believes in redemption or damnation, watching the characters in this story battle the good and evil within themselves makes this book one hell of a good read.