I think that many of us play the casting game when we read a series—wondering which actors we'd like to see play our favorite characters.

Readers of Craig Johnson's (left) Walt Longmire series don't have to wonder anymore. The pilot for Longmire, based on Johnson's novels, has just been filmed for the A&E Network. However, at present the TV series is not part A&E's fall lineup.

A&E has a reputation for quality programming and for treating mystery series with respect. Johnson's novels seem to be in good hands with Emmy-winning Greer Shephard (The Closer, Nip/Tuck, Trust Me) and Mike Robin (The Closer, Rizzoli and Isles, Nip/Tuck, NYPD Blue) executive producing and John Coveny (The Closer, Trust Me) and Hunt Baldwin (The Closer, Trust Me), writing the script and also executive producing. Chris Chulack (Southland, ER) is an Emmy award-winning director who is directing the pilot episode. "He’s a regular guy, and I think that might be the highest praise I know how to give," said Johnson in an email. 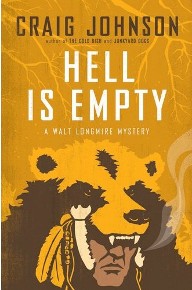 Of course, expect a few changes from the novels but the few liberties make sense for the TV audience. Walt will be a bit younger in the A&E series than he is in the novels. A few names will be changed and look for Cady to move back to Wyoming so there will be more interaction with father and daughter.

The Longmire novels are set in Wyoming, but filming was in Las Vegas, and New Mexico's Taos and Santa Fe because Wyoming’s weather can be a bit unpredictable.

If the series is picked up, plots will include original stories as well as some taken from the novels.

OK, so what each of us really wants to know is who's in the cast. I have to say, I am very impressed with the lineup.

The tall, rangy Robert Taylor, left, (Matrix, Vertical Limit) plays Sheriff Walt Longmire. Henry Standing Bear will be played by Lou Diamond Phillips, below left, (Young Guns, La Bamba). Again, I think that is inspirational casting. Phillips is a personal favorite and I can so see him in this role. Katee Sackhoff (Battlestar Galactica, 24) will play Vic Moretti. Anyone who saw her play Starbuck knows that she exudes emotional and physical strength. Cassidy Freeman (Smallville, CSI: Crime 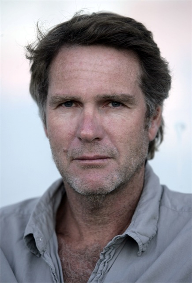 Scene Investigation) will play Cady Longmire.
Baily Chase (Saving Grace, Damages) plays the role of Turk/Branch Connally. This character underwent the biggest change from the books. Turk is now Branch, still Lucian Connally’s nephew, but he has become a regular foil as opposed to a one-time character.

Johnson has been on the film set and said he couldn't be more pleased with the casting and the way his novels are being treated.

me down for the entire shoot," Johnson told me in an email. "In all honesty, I'm just a seven-book author and really don't have the leverage of a Stephen King or Clive Clussler so I had to look at the people who were courting me and see what their track record was, and whether they really respected the novels and what they had to say. 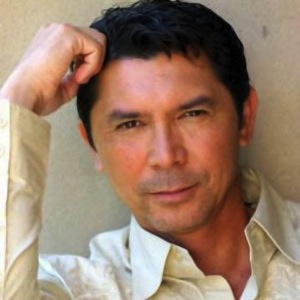 "They do, and it's coming through in the production in spades. The direction and performances are amazing.The man who plays Walt Longmire, Robert Taylor, IS Walt. Lou Diamond Phillips is stupendous as Henry Standing Bear—even went to the Northern Cheyenne Reservation to get a feel for the land and the people, and Katee Sackhoff? Well, she was born Vic."But for Johnson, the novels continue.

Hell is Empty just came out and Johnson is touring to promote this latest installment of Longmire's adventures, which, I hope, will eventually make it to the TV screen.