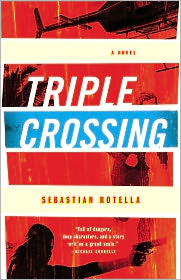 Crime fiction's relevance comes up daily. Many of the novels I read seem to have their plots ripped from the headlines, tackling the issues that our society deals with. These novels are not just who-done-its but the modern social novel, giving us insight to world events with plots that put us on the scene.

The issue of immigrants, drug cartels and the trials of border patrol are in the news just about every day.

And mystery fiction has been tackling these issues, showing how people are affected as well as how politics enter the fray.

In this novel, rookie Border Patrol agent Valentine Pescatore is often uneasy about rounding up the illegal aliens along the California-Mexican border. While many of the patrol agents with whom he works are honest, Valentine also is pressured by those who enjoy using violence and cruelty toward the immigrants. They want him to be as inhumane as they are. 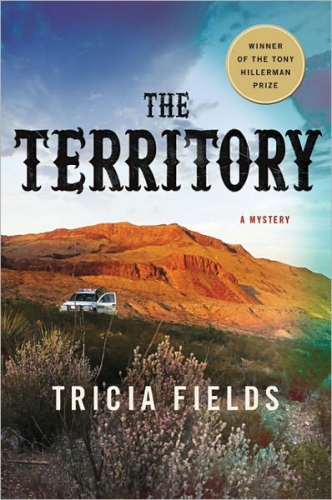 Valentine is recruited by a U.S. agent to infiltrate a powerful Mexican mafia family. Valentine ends up at the “triple border” of Argentina, Brazil and Paraguay that is full of smugglers and terrorists.

In The Territory (Minotaur), Tricia Fields also shows the personal side of lawless drug cartels. Fields, the 2010 Tony Hillerman Prize winner, brings the reader to the war zone of Artemis, Texas, located along the Rio Grande at the border of Mexico. The decent people are under constant siege by two rival drug cartels. Chief of Police Josie Gray and her small department are outmanned by the wealthy, well-armed cartels.

In The Ninth Day (Harper), Jamie Freveletti has her biochemist Emma Caldridge taken prisoner by drug lord La Valle when she is in a remote area of Mexico. La Valle's top marijuana crop has been infected by a flesh-eating toxin that kills even those who just touch the leaves. He wants to send these leaves to America to spread the toxins.

Each of these authors brings the hot-button, massive issue to very personal stories populated by characters you grow to care about. 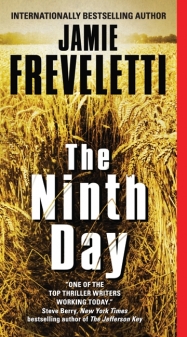 When the relentless violence of the drug cartels reach innocent people, the reader feels for each character affected. Many of us can't wrap our brains about how massive are the issues of immigration and drug cartels. These seem like unsolvable problems fraught with politics, bribes and violence.

But without taking political sides, each of these authors put the human face on the issues and show us that solutions are attainable.

And the novels illustrate things that most Americans probably don't know about.

Rotella's Triple Crossing shows that many ethnicities use the Mexican border to come into the U.S. The smuggling non-Mexicans is incredibly lucrative with Chinese refugees paying up to $70,000 a piece.

There is a sense of compassion in each of these novels for those innocent people caught up in the cross-fire of battling drug cartels; for refugees who want a better life for themselves in the U.S.; and for the cops and agents trying to be the first line of defense.

And while the issues they tackle are tough, none of the novels are depressing. Each of these authors also knows they are writing crime fiction.

Freveletti has several books under her belt and has been tapped by the Estate of Robert Ludlum to write the next novel in the Covert One series about a team of political and technical experts.

Sebastian Rotella's Triple Crossing and Tricia Fields' The Territory are these authors first foray into fiction. I hope we hear more from each of these authors.