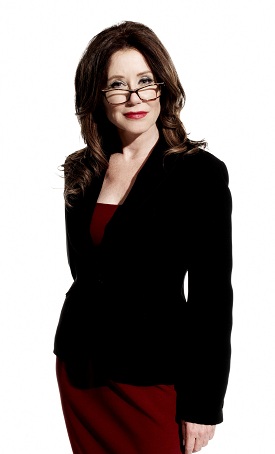 Without giving away anything, the finale is a tensely plotted episode that elegantly ends The Closer. It is respectful to the viewers who have long loved Kyra Sedgwick’s rich portrayal of this unlikely heroine. And, just as important, the finale is respectful of the character of Brenda Johnson and allows for a graceful ending to The Closer.

And that is all I am going to say about The Closer, except watch it. The Closer finale airs at 9 p.m. Monday Aug. 13, ET/PT

One door closes and another opens, as the saying goes. And as The Closer ends, Major Crimes debuts. And, judging from the first two episodes I received as a screener, TNT will have another hit.

Many of The Closer’s cast returns in Major Crimes but the plots, the approach and the personal dynamics have changed.

Major Crimes offers a different spin on the crime investigations by the cops and how they work with the prosecution. Friction among the team and the various personal dramas of each member of the squad adds to the tension.

Two-time Oscar nominee Mary McDonnell, top photo, is Captain Sharon Raydor, the new head of Major Crimes. She is determined that the squad will work more as a team. She is a no-nonsense, intelligent cop who also knows how to get around office politics and deal with her higher-ups. But the transition is not smooth. As Brenda had before her, Raydor doesn’t yet have the trust of her detectives; her background in internal investigations is fresh in their minds. 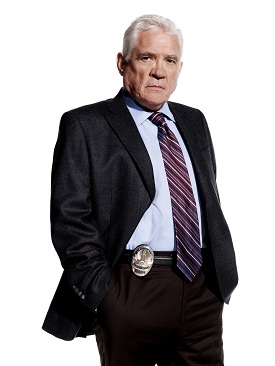 The steely, soft-spoken Raydor also is a bottom-line leader who knows that a confession and deal that puts a killer behind bars without a trial can save the department millions of dollars.

This especially rankles Lt. Provenza (the brilliantly prickly G.W. Bailey, center photo) who was second in command and thought he would be promoted.

Provenza also is suspicious of the newest member of the squad, Detective Amy Sykes, an ambitious undercover police detective and military veteran who served in Afghanistan. Kearran Giovanni, a Broadway actress with a long-running role on One Life to Live, adds a much needed perspective to the squad—a young woman who knows pop culture and current trends can help in gathering evidence.

Raydor’s personal life will be tested by Rusty (Graham Patrick Martin), a homeless juvenile whose character is introduced in The Closer finale.

Both episode previewed are laudable for their realistic twists, believable characters and plots that seem fresh, despite the fact that we have seen these stories before. While we see the resolution coming in both episodes, the journeys are well worth the trip.

The Aug. 13 debut of Major Crimes, titled Reloaded, starts with a bang when a string of grocery store robberies turns fatal.

The Aug. 20 episode of Major Crimes, which moves into its 9 p.m. timeslot, titled Before and After, concerns the murder of a popular, handsome personal trainer whose body is found at his gym.

MysteryScene RT @ScozzariFrank: You can always fix bad pages. You can’t fix no pages. So write. Just write. Try to turn off that voice of doom that para…
16h • reply • retweet • favorite