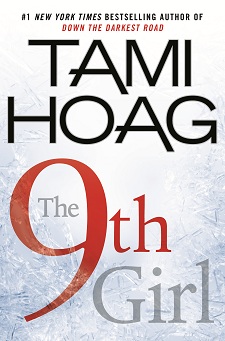 This July is turning out to be one very hot month. Admittedly, South Florida has been a bit cooler than the western states, but it is still hot.

Meanwhile, I have been chilly and it has nothing to do with the low temperature we set the air conditioner.

Instead, it has everything to do with the novels I have been reading.

Mysteries often are set in an opposite season. That makes sense because when the temperature is rising, it is almost comforting to remember cold weather, and visa versa.

Tami Hoag’s The 9th Girl is set in Minnesota, an area known for its cold weather. But Hoag goes a further step. Minneapolis homicide cops Sam Kovac and Nikki Liska investigate a murder discovered on New Year’s Eve in The 9th Girl. Sam and Nikki have been investigating a serial killer whose crimes are committed on or near a holiday in the tri-state area. His latest victim is a teenage girl who attended school with Nikki’s son.

As I read Hoag’s novel, I could feel the chilling wind, the snow that blankets the ground and the temperature falling.

C.J. Box’s The Highway, which comes out later this month, also makes July almost the coldest month of the year. The Highway’s plot, which concerns a serial killer who is a long-haul trucker, is chilling enough. But the novel begins a few days before Thanksgiving as two sisters who live in Denver head out to spend the holiday with their father in Omaha, Neb. But first they want to take a detour to Montana. Brrr…. 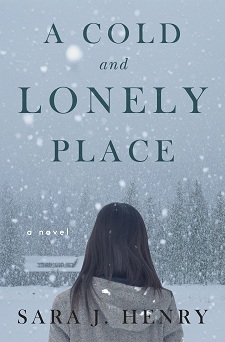 Minnesota also is the backdrop for the winter tale of William Kent Krueger’s Tamarack County. Set in northern Minnesota, Krueger’s novel has his ongoing series hero Cork O’Connor investigating the disappearance of a judge’s wife, whose abandoned car was found by a snowmobiler on a remote road in a blizzard.

With a title like A Cold and Lonely Place, the freeze factor is practically guaranteed. And Sara J. Henry makes the most of the season. In A Cold and Lonely Place opens with freelance writer Troy Chance photographing ice cutters on New York’s Saranac Lake as they prepare the ice palace that will grace the annual Winter Carnival near Lake Placid. But the work stops when the body of a man is found just below the ice’s surface.

Steve Hamilton’s Let It Burn is set near the end of summer, but summer in Michigan’s Upper Peninsula is more like winter in some states. (My review of Let It Burn is here.)

Here is the opening of Hamilton’s excellent novel: 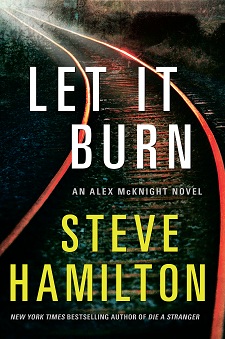 “The first time you live through it, and because this place still has the “MI” as part of the address, you might actually expect the summer to fade away slowly like it does below the bridge. Down there, on a crystal blue day in September, the sun shining hot and bright until it starts to go down, you might feel a slight note of coolness in the air, a note that makes you think of football and back-to-school and leaves turning and all those other bittersweet signs that the season is changing. Something so subtle you might even be forgiven for missing it the first time it happened. Especially if you didn’t want the summer to end.

"Up here, on the shores of Lake Superior, there’s a cold wind that gathers from the north and picks up weight as it builds its way across two hundred miles of open water, and then, on a late afternoon in August—hell, sometimes in July—that wind hits you square in the face and make its intention quite clear, no matter how much you might not like the message. Summer may not be one hundred percent done, not just yet, but it’s been mortally gutshot, and it’s only a matter of days until it’s gone.” (used with permission from Minotaur)

Of course, come winter many mystery novels will have readers sweating.