The Story Behind J.A. Jance Novel 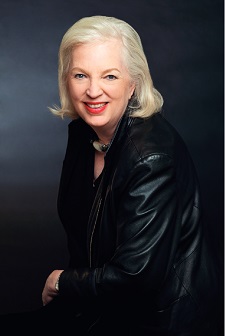 Sometimes the ideas come from old friends as it did for J.A. Jance in her latest novel, Second Watch.

But he doesn’t allow himself to forget about work.

Instead, his dreams take him back to his early days as a cop with the Seattle P.D. and to his stint in Vietnam. He begins to think about his past and the people and events that shaped him.

For her 22nd novel with J.P. Beaumont, Jance bases two characters on real people from her own life.

According to Jance, Doug Davis was tall, handsome, smart, kind, and an outstanding athlete. He graduated from Bisbee High School with Jance in 1961 as valedictorian of his class. From there he went to West Point, then to Ranger School, and finally to Vietnam.

“Sometime between graduation from West Point and his arrival at Ranger School, he went on a blind date in Florida with a girl named Bonnie MacLean,” according to Jance. 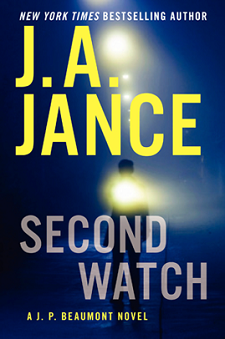 “The two of them soon fell deeply in love and became engaged. When he shipped out for Vietnam, they corresponded faithfully until, on August 2, 1966, a few weeks before Doug's 23rd birthday, he was killed in a firefight in the Pleiku Highlands. His brave attempt to retrieve the bodies of two fallen comrades earned him a Silver Star.”

Jance said that for years she felt guilty that she had not been at his funeral to honor his sacrifice.

While reading one of Jance’s novels, “Bonnie encountered a scene that takes place in the same Bisbee cemetery where Doug is buried,” said the author.

To work Doug and Bonnie into her novel, Jance wrote a prequel so that the age of the characters and the era would make sense.

For Jance, Second Watch is more than a gripping thriller—it is a tribute to old friends and all who served in the Vietnam War as well as their families.