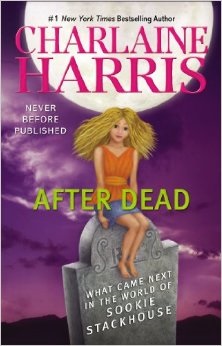 Halloween has never been my favorite holiday. Even as a child, I wasn’t that interested in dressing up in a costume.

But Halloween does bring with it myriad compelling mysteries that will scare you but won’t allow you to stop reading.

Here are some authors and mysteries that are a real treat. And you don’t have to wear a costume while reading.

Charlaine Harris and her Sookie Stackhouse series are always in style. Just in time for Halloween is After Dead!, an illustrated book with an alphabetical listing of all the characters in the Sookie Stackhouse novels, relating what happened to them after the end of the last book. It was originally intended as a thank-you to readers, but it warranted a general distribution. It has been called “mind-blowing, jaw-dropping, laugh-out-loud revelations.” After Dead! offers the ultimate conclusion to the Sookie Stackhouse saga, featuring highlights (and lowlights) from the futures of almost 150 characters. Harris has called After Dead! “my coda to the books that have dominated my professional life for over a decade.”

Harris also has co-edited a series of short story collections, such as Crimes by Moonlight, which contains, among others Dana Cameron’s award-winning “Swing Shift.”

And if you want to have something spooky playing in the background, there is always the HBO series True Blood based on Harris’ Sookie series. 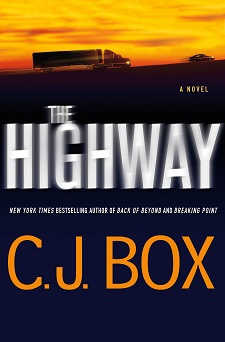 C.J. Box’s The Highway. No vampires, werewolves or zombies are in Box’s standalone novel. But The Highway was the summer’s most terrifying novel. Box based his story on the real hunt for a murderer working as a long-haul trucker —the FBI’s Highway Serial Killer Task Force. While the FBI’s task force statistics are numbing, Box never stoops to the prurient while delivering an edgy, compelling novel.

John Connolly and his Charlie Parker series. This Irish writer whose novels are set in Maine delivers some of the most hard-boiled—and elegantly written—novels about Charlie Parker, a former cop who is haunted by the unsolved murders of his wife and daughter. Start with Every Dead Thing and work your way through his 11 novels. Connolly never lets the supernatural elements overwhelm his story and makes the appearances of Parker’s family believable.

John Searles’ Help for the Haunted: One of the best-reviewed novels of the past month, Help for the Haunted is a ghost story and a coming-of-age tale. Sylvie Mason tries to uncover the secrets behind her ghost-chasing parents’ deaths one cold winter night, and finds truths and mysteries that run much deeper.

Joe Hill’s NOS4A2: Charlie Manx kidnaps children in his Rolls-Royce with the vanity license plate NOS4A2 and takes them to a place he calls “Christmasland,” where every day is Christmas morning, and you never grow up and you never die. But you are turned into something absolutely terrifying. Victoria McQueen is the only child to ever escape Charlie. Now an adult, she must fight to protect Charlie’s latest target—her son, Wayne. 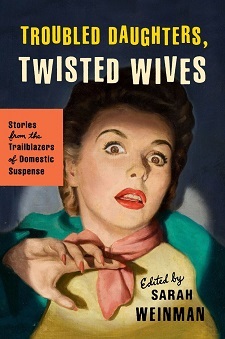 Roseanne Montillo’s The Lady and her Monsters: A Tale of Dissections, Real-Life Dr. Frankensteins, and the Creation of Mary Shelley's Masterpiece. In this nonfiction book, Montillo traces Mary Shelley's life story and the writing of Frankenstein and uses the novel to explore the dark world of early nineteenth-century science.

Penguin Classics has released six titles in its new Penguin Horror series, edited and introduced by filmmaker Guillermo del Toro: The Haunting of Hill House by Shirley Jackson; The Thing on the Doorstep and Other Weird Stories by H.P. Lovecraft; The Raven: Tales and Poems by Edgar Allan Poe; Haunted Castles: The Complete Gothic Stories by Ray Russell; American Supernatural Tales, edited by S.T. Joshi, and, Frankenstein by Mary Shelley.

And since scary is in the eye of the beholder, try Troubled Daughters, Twisted Wives: Stories From the Trailblazers of Domestic Suspense, edited by Sarah Weinman. Sarah Weinman’s meticulous research and thoughtful approach illustrates why these 14 women writers highlighted in Troubled Daughters, Twisted Wives are important to crime fiction. These women’s writings “blur between categories, and give readers a glimpse of the darkest impulses that pervade every part of contemporary society,” writes Weinman in her introduction.